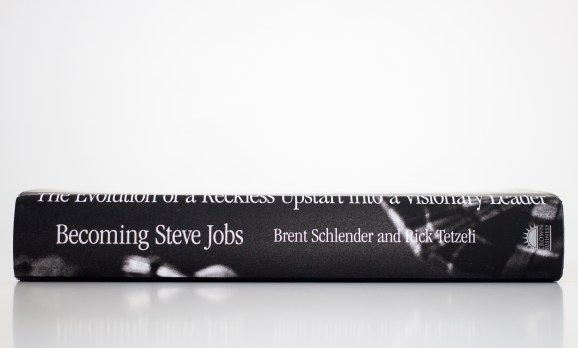 After Steve Jobs was dismissed from leadership at Apple, the company he had founded, he entered a transitory existence marked by doubt, questioning, and despair, according to the new biography, “Becoming Steve Jobs.”

The book, released today, was written by Brent Schlender (of the Wall Street Journal and Fast Company) and Rick Tetzeli (executive editor of Fast Company) and has been praised by Apple executives for its version of the Jobs story.

According to the book, when Jobs was just 30 years old in 1985, new CEO John Sculley and Jean-Louis Gassée “were without question running Apple.” In a board meeting, Apple’s board of directors gave Sculley the authority to remove Jobs from all roles, except chairman, and to reassign him to an undetermined position (which Sculley delayed doing). Jobs was moved to an almost completely empty building far from the leadership on the Apple campus.

Jobs was in exile. Shortly after, he was removed as head of the Mac division and then voluntarily resigned as chairman of Apple’s board.

Then Sculley and Gassée did the classic Army trick of assigning Steve to faraway missions. They sent him to Russia to promote the new Apple II, then to Italy, France, and Sweden.

Jobs said during a speech at Stanford in 1985 that getting fired from Apple was the best thing that ever happened to him. “The heaviness of being successful was replaced by the lightness of being a beginner again, less sure about everything,” he said.

“It freed me to enter one of the most creative periods of my life; I’m pretty sure none of this would have happened if I hadn’t been fired from Apple,” Jobs said. “It was awful-tasting medicine, but I guess the patient needed it.”

After Jobs returned from the Apple II tour, he met with The Graphics Group, a team of 3D computer graphics technicians gathered by Star Wars director George Lucas. Jobs began to believe that the high-end 3D graphics business was going to be huge. “These guys were way ahead of anybody,” he said. “I just knew in my bones that this was going to be very important.”

He suggested to the Apple board that it consider buying the company — later called Pixar — from LucasFilm. “But the board wasn’t paying attention to Steve anymore,” according to the book, and passed on the deal.

Jobs then floated. He spent more time with his daughter Lisa. He gardened. He mused about running for public office. He applied to fly on the Space Shuttle as a civilian, but that didn’t work out.

“He went to Europe on business, but made time for museums,” Schlender and Tetzili say in the book. “He spent a lot of time by himself. Or with his girlfriend (probably Tina Redse).”

“Apple was founded when Steve was just 21 years old,” the authors point out. So he never really had time to think about big picture, life issues. He obsessed on the same questions over and over: “What went wrong with Apple. What did I do wrong?”

In Europe Jobs met with heads of state, university presidents, artists. He’d been humbled in California, but was having his ego stroked in Europe, where he was still thought of as a “revolutionary business figure.”

But at the same time Jobs was in a lot of pain over being run off by the company that he himself had founded. During one call from Europe, his girlfriend thought he might be suicidal.

But by the time Jobs returned to the U.S. he was already “hungry for the Next Big Thing,” the book says.

He began meeting with scientists, who were telling him that they needed a personal computer with enough power for real research and modeling — “a radically new high-end computer ‘workstation.'”

Soon after, Schlender and Tetzili recall, Jobs was in front of the Apple board telling them he was starting a new company, and would be taking a few low-level Apple employees with him.

And what came next, was NeXT.