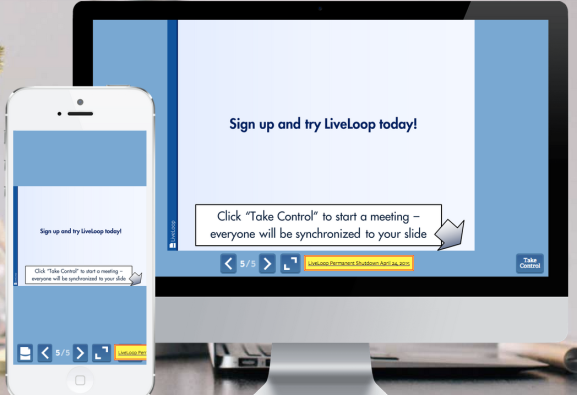 Microsoft has acquired LiveLoop, a five-person San Francisco startup that built a web service that lets people share their PowerPoint presentations without forcing people to download software, unlike services such as Join.me, GoToMeeting, and WebEx.

LiveLoop’s service will shut down on April 24, according to a message posted on the startup’s homepage.

One of the startup’s developers, Paul Oppenheim, mentions the acquisition in his resumé, which is live on his personal website.

Microsoft is excited to welcome the talented team from LiveLoop to help build great collaboration across Office applications, as part of our strategy and vision to reinvent productivity.

The deal follows a few application-specific acquisitions Microsoft has made recently, including Acompli and Sunrise. The acquisition could bring more interactivity to PowerPoint itself.

LiveLoop started in 2010 and made a presentation at the DEMO conference in fall 2011, of which VentureBeat was a cohost.

“We don’t believe that software-as-a-service (SaaS) needs to be set in a Web browser — products like Google Docs are severely limited in features and performance,” LiveLoop founder Amal Dorai told VentureBeat in a 2011 interview. “Other startups within this space have not built real-time collaboration technology (DocVerse, Offisync, Versly), so their collaboration experience is hampered. We achieve the best of both worlds.”