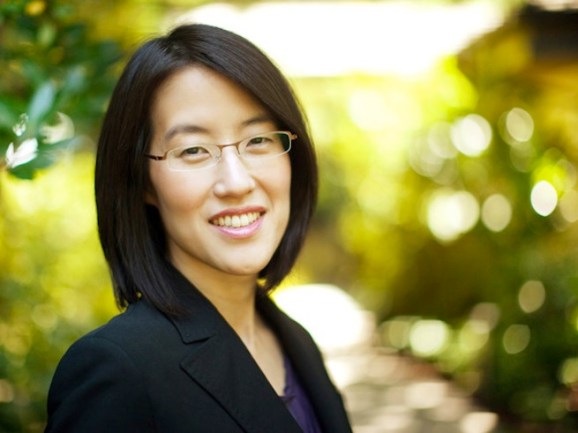 If you live in the abyss of tech media, you no doubt have heard about the Ellen Pao sexual discrimination lawsuit that has dominated the news cycle for the last month.

On March 27, the industry and Pao were dealt a devastating blow when a jury voted down Pao’s accusations against her former employer, VC firm Kleiner Perkins Caufield & Byers, of discrimination and retaliation.

The media, baffled, was quick to take control of an otherwise dire message by patting themselves on the back for fostering a discussion on sexual discrimination in Silicon Valley and the tech industry at large. Weekend news coverage was flush with positive spins on the trial and how Ellen Pao’s case was a major win for women regardless of her loss.

Sadly, Pao’s loss was in fact a loss for women and the tech industry, though we don’t want it to be so. While the desire to mitigate the gut punch that was the Pao trial is understandable, it’s important to give credence to the negative implications of the trial results.

The media has been perhaps overly cautious not to attack the jury, describing the group as careful, asking lots of questions, and attentive. What’s clear is that the jury didn’t see what many members of the media saw at Kleiner Perkins: obvious and repeated indications of sexism.

The trial revealed that the firm held weekend ski trips where women were excluded, dinners that women weren’t invited to, women seated at the back of conference rooms. One employee, Ajit Nazre, even thought it was appropriate to show up at female coworkers’ hotel rooms on trips (he was ultimately fired).

Managing partner John Doerr even acknowledged inequity at the firm in an internal email that was shared during the trial:

“My concern goes beyond Ellen. I’m concerned with inequities in our partnership inconsistent among our practices with regard to ‘up and out’ — I  don’t know how a junior partner could have a better year than Ellen did, measuring results, profits, increase in value — except for her clash with Randy. And honestly I think they both behaved badly.”

The defense was able to paint a picture of Ellen Pao as failing to acquire or possess a set of vague criteria necessary to become a successful venture partner. Her performance reviews compared directly with her male peers indicated double standards at the firm, with men being rewarded for being aggressive and her being chastised for it. One of Pao’s managing partners even referred to her as having a “female chip on her shoulder.” Meanwhile, the startups that Pao worked with all reviewed her favorably.

From the outside it is difficult to glean what exactly constitutes work worthy of a promotion at Kleiner Perkins. This may have been a component of the case that the jury struggled with. Pao had a few poor performance reports and whether those manifested from her lack of experience or because her colleagues thought she was thorny and wanted her out, is still not totally clear. However, those reports were far from the only evidence in the case.

Unfortunately, discrimination in this day and age is usually not a cut-and-dry issue — that’s why more women don’t sue. Thanks to anti-discrimination legislation, most employers know what they’re not supposed to do when it comes to their female and minority employees. In a place like Kleiner Perkins, with its incredibly well-educated staff, this is especially true. Thus discrimination in this kind of scenario is more likely to emerge within unconscious bias and off-hand comments, like the one from Kleiner partner Chia-Hua Chien, who said that “women kill the buzz.”

The question that no one seems to be asking is whether Kleiner Perkins is or was a place where women can succeed. Bear in mind that just because women have been promoted at Kleiner Perkins does not mean it’s a hospitable environment for them. A few women were able to overcome adversity at the firm. But it should not be legal for women to be held to higher professional standards, just because another woman once endured those standards for success.

What is most troubling about that case is that there was evidence that Kleiner’s male partners said and acted in ways that were sexually discriminatory, and somehow that did not translate to a victory for Pao. That means that either the jury didn’t recognize that behavior as discriminatory or were unable to draw a connection between Pao’s inability to rise at the firm and the sexist culture at Kleiner Perkins as it was illustrated during the trial. Or, scariest of all, the jurors believed defense attorney Lynne Hermle’s portrayal of Pao as a hostile employee.

The “difficult woman” is a stereotype that has long haunted successful women in industries of all types, and if this trial is any indication, it looks like it will continue to do so. Though hackneyed, this characterization has served to sideline many professional women by valuing a woman’s personality over her ability to do her job.

There is an opportunity to hash out this conversation and change societal ideas about the way we view and treat women and what is and is not acceptable. But much of the conversation that is happening now is limited to a concentrated few that are already educated about what constitutes misogyny and sexual discrimination in the workplace.

The good that did come out of the Pao trial is that it may have inspired other women, like former Twitter engineer Tina Huang and former Facebook Chia Hong, both of whom recently filed their own sexual discrimination suits. But Pao’s loss may give pause to others facing discrimination about whether they can realistically and successfully bring a formal lawsuit.

Until we start seeing women win sexual discrimination lawsuits in tech, we won’t be able to make significant cultural changes around discrimination, no matter how much we hoped this case would change the narrative for women in tech.