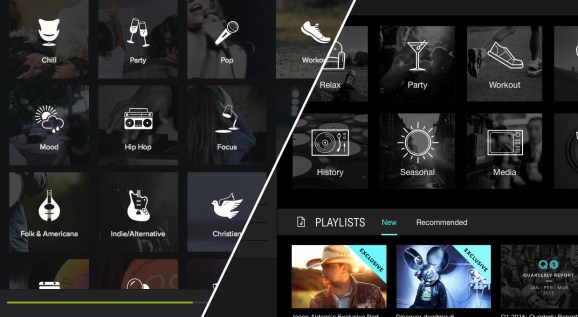 We’re getting the sense that Spotify isn’t too fond of Tidal, the music streaming app Jay Z bought in January.

In fact, a lot of people seem to dislike Tidal, despite its pledge to pay musicians more by eschewing free music streaming and offering higher-fidelity streams.

While Spotify basks quietly in all this negative press, some of the company’s designers have been more forward about Tidal’s UI plagiarism (via what Spotify tells us is an unofficial account): 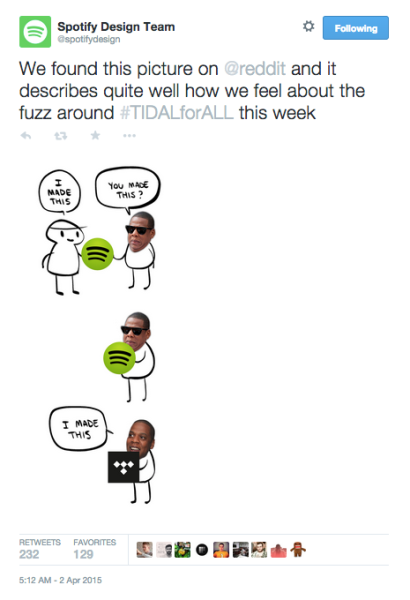 The tweet above was later deleted. Here’s another, from Spotify’s lead product designer: 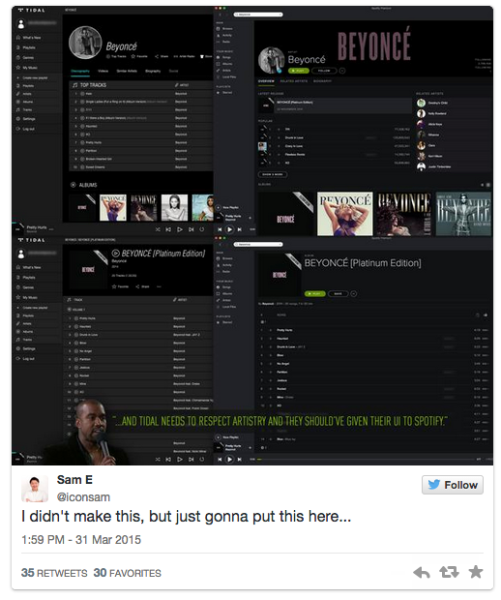 Hilarious, but also spot-on. For more on Tidal, head here.