WikiLeaks has rolled out a new homepage today, one that takes more than a little inspiration from a certain search engine you all know.

Visitors to the whistleblowers’ website were greeted with this familiar sight today, and likely succeeded in confusing many at first. However, there is an ulterior motive behind the site revamp.

Yes, it seems that WikiLeaks’ creator Julian Assange is looking to draw attention to a book he recently released, called When Google met WikiLeaks, in which Assange claims Google is a little too cosy with the U.S. government.

WikiLeaks actually previously published a full transcript of a “secret” five-hour chat between Google’s Eric Schmidt and Assange that took place in 2011, which Schmidt instigated for research into a book he wrote called The New Digital Age.

At any rate, WikiLeaks is going all-in with this new design, even offering a T-shirt with the “Google-fied” logo on it. It’s yours for a mere $21. 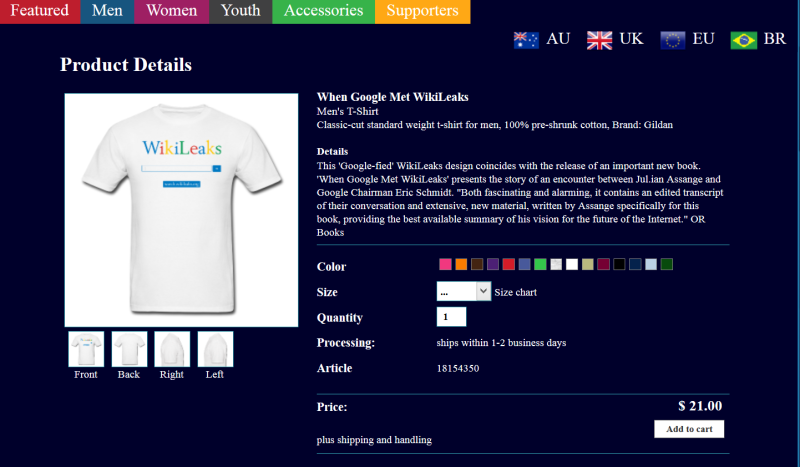