Investor Tim Draper has launched a lot of projects in recent years, including his highly expensive Draper University and Hero City. Now, he’s zeroing in on financial tech with a new incubator called Fintech Connection.

Hero City is a relatively new space directly across the street from Draper University that serves as an incubation space for fledgling startups and Draper investments. The ceilings are soaring and along the walls various comic book heroes are painted — including Draper himself as Superman. But Draper doesn’t take himself too seriously (his Draper University music video to Pharrell Wiliams’ “Happy” shows us that).

Despite this quirky veneer, Hero City will soon be home to a rather serious financial tech incubator called Fintech Connection. The program, spearheaded by Hero City CEO Andy Tang, will provide desk space for 10 startups with small teams of one to four people. Hero City will provides these startups with access to capital and introductions to corporate partners. Tang’s goal is to make Fintech Connection the best incubator on the West Coast.

“I want to be able to talk to any fin-tech entrepreneur and ask them: Who is the best incubator? Where would you go? They’d say Draper University at Hero City,” said Tang.

More specifically, Tang wants Fintech Connection to be the go-to incubator for financial tech startups on the West Coast. Traditionally these startups have flocked to New York, where there are no shortage of resources for such companies. Incubators like SixThirty, FinTech Innovation Lab, and CoinApex, as well as venture firms devoted to financial tech like Bright Bridge Ventures, have long attracted startups to the Big Apple.

So far, Fintech Connection has four startups onboard: stock research platform Vuru, personal finance management tool Planwise, corporate charitable donation dashboard Bright Funds, and installment payment infrastructure Payjoy. But the scope of the companies that Fintech Connection aims to include is much larger. In the landscape of financial tech companies, Tang says he’s focused on four verticals: peer-to-peer lending, investment technologies, wealth management tools like robo-advisors, and cryptocurrency, the most famous of which is Bitcoin.

The interest in financial tech is no doubt inspired by Lending Club’s IPO among others, though Draper and his son, Adam Draper, have been investing in the sector for a few years. For over two years Adam has been running an accelerator called Boost, which focuses on Bitcoin startups. Both Adam and Tim Draper started investing in the cryptocoin early on, and Tim Draper was the recipient of over 30,000 Bitcoins from two separate U.S. Marshall auctions of Silk Road assets.

In the larger financial tech space, Draper Associates has invested in Robinhood, a zero-commission stock trading app geared towards millennials; Indiegogo, a crowdfunding platform for independent projects; a peer-to-peer payment app called Ribbon; and Subledger, an accounting API for developers, among other financial tech startups.

While Fintech Connection will focus strictly on financial tech startups, it’s just the beginning, Tang tells me. He says in two years time Hero City hopes to open up another vertical, but it may take longer depending on how well Fintech Connection does.

“We’re not going to start the next one unless our fin-tech [incubator] is known as the best,” said Tang.

The company is considering both education technology and government technology for its next vertical. 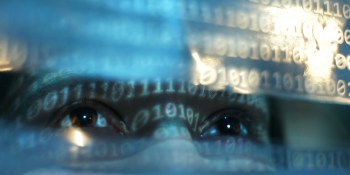