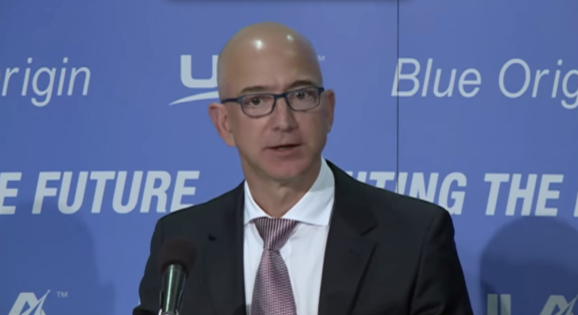 He owns a company called Blue Origin, which said today it will begin putting its passenger spaceship through test flights later this year.

Blue Origin’s New Shepard spaceship holds three passengers and will fly about 62 miles above Earth. The ship will also carry cargo for scientific experiments into space.

The test flights will launch from a Blue Origin facility southeast of El Paso, Texas.

Blue Origin president Rob Meyerson told reporters that his company has finished testing the rockets that will power the spaceship. Now the rocket will be attached to the ship for the test flights.

“We’ve adopted an incremental approach, with each development step building on the prior development,” the company says at its website. “We are currently focused on developing rocket-powered Vertical Takeoff and Vertical Landing (VTVL) vehicles for access to suborbital and orbital space.”

Blue Origin has yet to begin selling tickets for space travel on its ships. Meyerson said that the rocket ship will fly “dozens of times” with no passengers inside before it carries real human cargo.