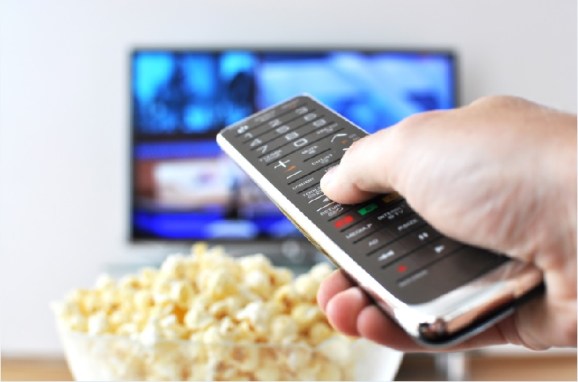 Industry people talk a lot about how Americans are changing their media consumption habits, but the truth is that traditional television is still going pretty strong, especially when it comes to the amount of money companies are spending each year to advertise on it.

Even though people now spend more time with their laptops and mobile devices than they do watching the tube, U.S. television still takes in nearly $80 billion worth of ad spending each year — well ahead of digital’s $52 billion share. Despite declining viewership, television’s portion of the ad market is actually expected to grow by 1.7 percent this year.

The reason for this popularity is fairly obvious: Even if brands have to pay an exorbitant rate (like the $4.5 million NBC charged for a 30-second Super Bowl commercial this year), they do so knowing that their ads will be visible to a show’s entire audience for the exact amount of airtime they have purchased. Digital video publishers hoping to scoop up some of television’s massive advertising windfall might want to start by giving advertisers a similar assurance.

Right now, running ads online is still something of a dicey proposition for brands. Unlike television advertisers, brands that purchase online video can wind up wasting their money entirely if the ad plays in a window a user is not looking at it, or if it is served to a part of the web page the user will never see. With more than half of all web ads not being viewable to the people advertisers pay good money to reach, it’s no wonder many brands continue to choose television over digital video.

The other big problem with digital video advertising is that its pricing doesn’t account for how much time advertisers actually get consumers’ attention for. Right now, the Interactive Advertising Bureau defines an ad as viewable if 50 percent of it is visible on a user’s screen for two straight seconds. That’s hardly much time at all to share a brand’s story with someone or convince them to buy a product, and it’s particularly laughable when compared to the 30 seconds of uninterrupted time guaranteed by television. Even comparing the two industries in this instance raises questions: Could you imagine NBC returning funds to a brand every time someone got up to grab popcorn during The Voice?

What’s the solution, then? Well, it might just be right in front of our noses, in the form of a pricing method that is now almost three quarters of a century old. Since 1941, the television industry has charged advertisers based on how much time their ads were viewable on the screen, dating back to when watch manufacturer Bulova purchased 10 seconds of air time from NBC for $9.

So far, this model seems to have worked for networks and their clients, and it could be done just as well — if not better — on the web. Rather than asking advertisers to pay the same fee whether a video ad is in a viewer’s line of sight for several minutes or not at all, digital publishers should charge by the viewable second. For advertisers, a couple of pixels on a web page are by themselves completely worthless; what they’re really paying for is the time they get to speak directly with consumers and influence their purchase behaviors.

Adopting a cost structure based on the number of seconds an ad impression is in view would have profound benefits for both publishers and advertisers. For brands, it would present the opportunity to be charged fairly for the attention of consumers and eliminate wasted spending on ads that no one actually sees for any extended period of time.

Meanwhile, publishers would be able to boast to prospective clients that they can now not only target their video messages to the right audience using the web’s treasure trove of data tools, but that they will be able to do so at a price that reflects the value they are actually receiving from the transaction. Over time, widespread adoption of this system would incentivize publishers to make viewability a priority and reward those that place video ads in highly visible locations on the page. The technology to verify how long an ad is viewed is already here. Companies like Integral Ad Science and MOAT have adopted this as a reported metric.

In order to continue chopping away at television ad budgets, it is imperative that the digital video industry makes this transition to selling ads based on how long they are in view on the page. Doing so will create a win-win for brands and publishers and further establish digital as the number one channel of choice for companies looking to efficiently reach consumers with high-quality advertising. After all, what good are all of our advanced ad-serving and measurement technologies if our pricing model is 75 years behind the times?