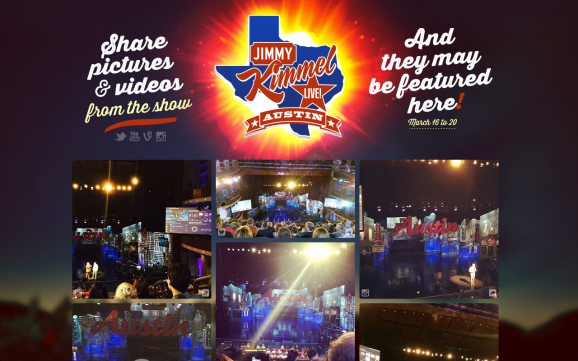 Your posts about products and brands, collected and shown with others’, display the kind of brand enthusiasm that a marketer can’t buy.

CEO and founder Jeremy Gocke told me that, in a previous life as a brand manager for dozens of brands, he found there’s “a gap between the low and high ends” of such tools.

At the low end, he came across individual plugins for web content platforms Drupal and WordPress, which he described as “an integration and support nightmare.”

At the high end, such products as Mass Relevance (now Spredfast), Wayin, and Livefyre “cater to the Fortune 500 in pricing and [required] expertise,” he said, with annual contracts and annual pricing in the tens of thousands of dollars.

“We wanted a solution that enabled us to create and manage all major types of social aggregation campaigns in one service” and in his price range, he said. “It didn’t exist.”

Fliptu is designed to be up and running in minutes, with an SMB pricing tier of $9 to $99/month/brand, based on the number of social feeds and refresh cycles. There are also higher levels for agencies and larger brands.

Since March of last year, the platform has been beta-tested in entertainment marketing, including for Britney Spears, Jimmy Kimmel Live, the American Idol Tour, Keith Urban, and KISS. Gocke said about 15,000 brands have used Fliptu so far.

The new money — the only funds raised thus far — will be used to expand into other verticals like fashion and live events, as well as for product development hires.

The resulting feed can be curated and then embedded in a website with one line of iFrame code, either as a full page or a partial-screen widget. A “dynamic visualization” feature rotates selected content in and out, and there’s support for video streams, live chat, and ecommerce integration.

There is also a more unique tool called a crowdbook wizard. It allows a marketer to display social posts for specific accounts or hashtags, but only for a geofenced area. By entering an address and a radius, the wizard can, for instance, show various Britney Spears-related posts, but only from those people at her show in Las Vegas’ Planet Hollywood.

The wizard relies on an event’s attendees having the GPS enabled for the supported apps, but Gocke said there are usually enough fans meeting that qualification in a live event to feed a healthy stream of comments and images.