This morning HBO Now launched on iOS, Apple TV, and online (via Optimum). Naturally, we dropped everything to give the streaming service a try.

Here are our first impressions of the $15 per month service:

On first look, HBO Now on iOS features an incredibly simple design. Once you set up an account and agree to the terms of service (for those with TouchID, all you need to do is scan your finger to authorize your payment information), the app opens with a list of HBO’s shows. 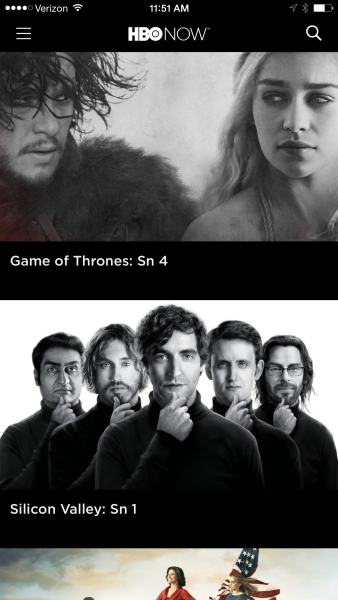 Clicking on a show brings you to all seasons of that show. Select a show to start viewing — pretty simple. A minute into streaming, my program starts buffering, even though I’m connected to Wi-Fi. Really, it’s no different than watching Netflix on your phone.

Going back to the main screen, HBO Now has a menu button in the upper left corner that lets you explore its many offerings. 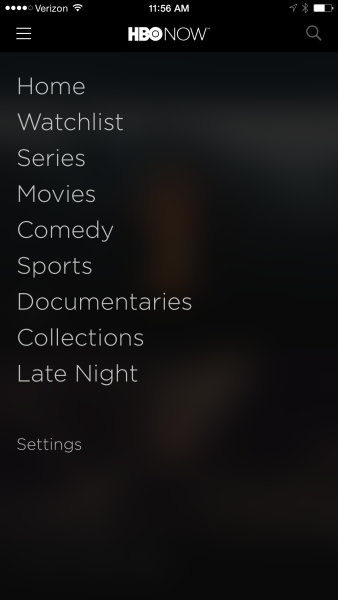 Within Movies, users can browse a list of featured films as well as HBO’s entire collection of viewable movies either in alphabetical order or by genre. In addition to its series and movies, HBO also has a wide offering of live stand-up shows, sports programming, documentaries, and sexy late-night features.

There’s also a feature called Watchlist, which lets you queue up shows you want to watch.

In addition, HBO Now has a section called Collections, which are curated selections of films. For instance, under All-Star Comedy HBO has listed A Million Ways to Die in the West, The Other Woman, That Awkward Moment, and We’re the Millers. This seems like a potential venue for film discovery, though as of right now we’re not sure whether this is a section that HBO will be rotating.

Getting my Apple TV set up with HBO Now was pretty simple — even though the Apple TV is registered to my husband’s Apple ID and I registered HBO Now through my own Apple ID. When you click on the HBO Now icon, it just asks you to put in the credentials for your HBO Now account. 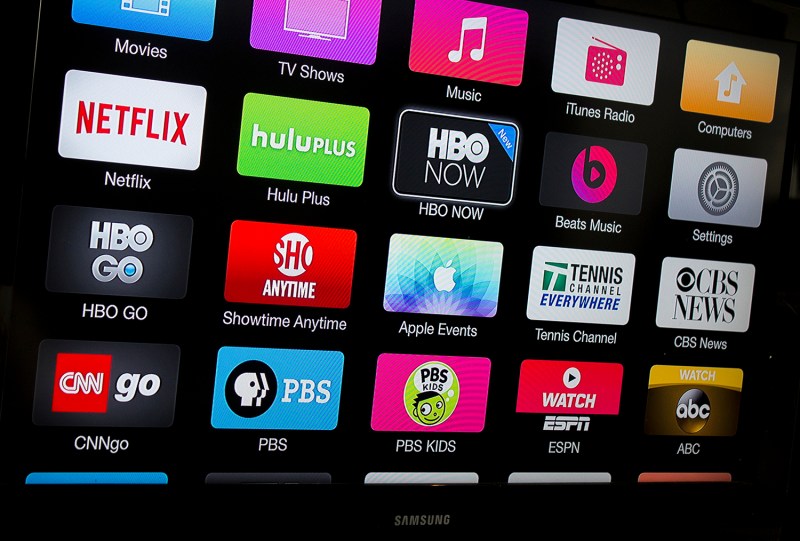 It offers the same features in a comparable format, though it has a few more options. For instance, on Apple TV you have the option to play, preview, or add a program to your Watchlist. Under the tab marked “more,” you can view details about the show, like who is in the cast. 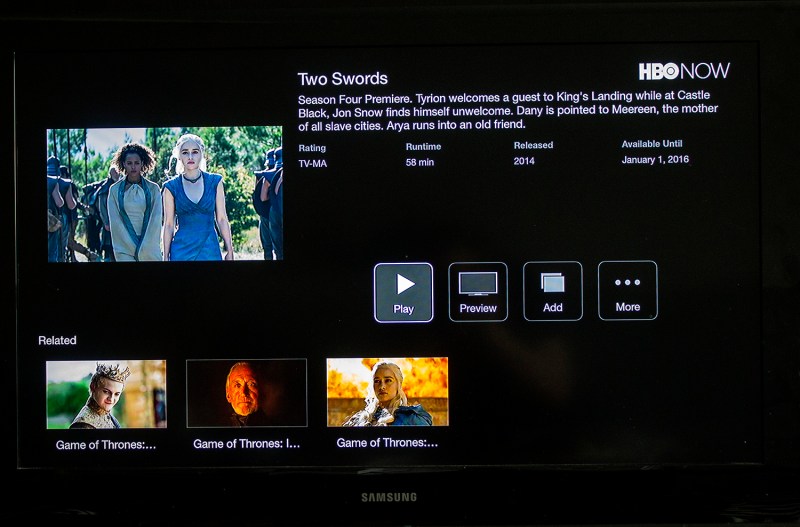 Another nice feature of using Apple TV and iOS is that they talk to each other, so you can watch something at home and pick up where you left off on your phone or tablet and vice versa.

For now, the online service only works if you have an Optimum subscription. Once logged on to Optimum’s website, there’s no obvious indication that I can activate HBO Now. I did a search of the site and eventually turned up a link that would let me turn on HBO Now through Optimum. What’s annoying is that Optimum wants you to either call them to set it up or live-chat with one of their representatives online.

Since I already activated my account through Apple, I can go directly to HBO Now’s site to start watching video. 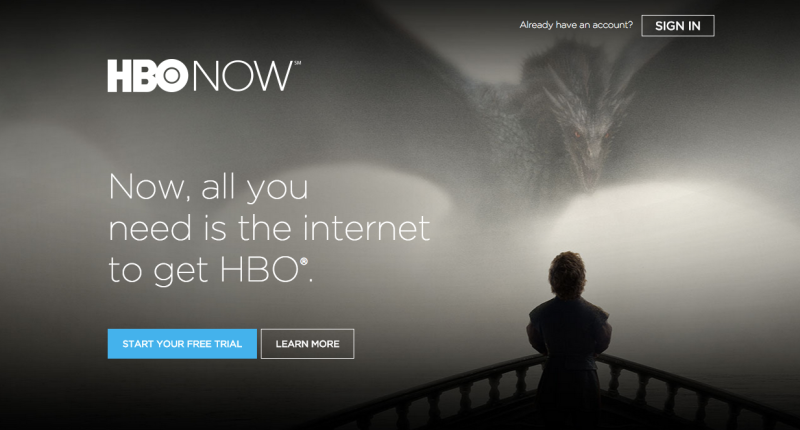 TV shows, movies, and the other content offerings are displayed across the top of the screen, rather than in their own siloed menu bar. The online version also syncs up with its mobile and Apple TV counterparts. Videos you haven’t finished watching will stay stored in your Watchlist, where you can pick up from where you left off. 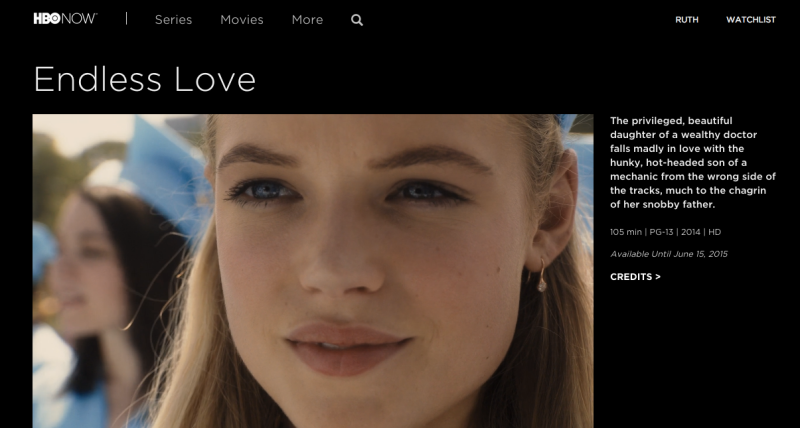 What I did learn from using the online version of the app is that some of the programming is only up for a limited time. For instance, the film Endless Love will only be viewable until June 15.

The new HBO Now app is not a whole lot different from the HBO Go app, its predecessor. Many of the offerings are similar to those provided on HBO Go, packaged in a user interface that looks a lot like Netflix. It feels like there’s more content here, but that may just be a result of the upgraded UI.

All in all, the apps function as advertised. Aside from Optimum’s on-boarding process, HBO Now is a pleasure to use.