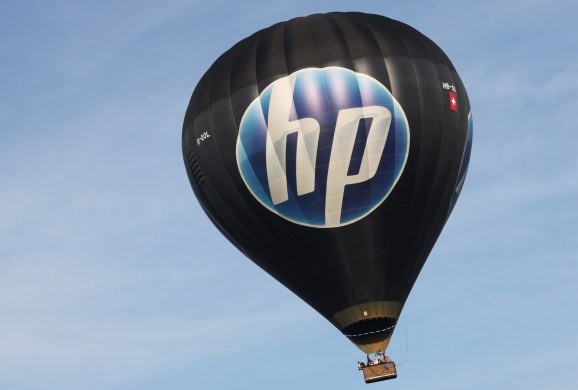 Tech giant HP has officially concluded that it won’t be able to compete with the giants of the cloud infrastructure market.

The piece quotes Bill Hilf, the senior vice president of Helion product management at HP, as saying, “We thought people would rent or buy computing from us. It turns out that it makes no sense for us to go head-to-head [with Amazon].”

One could interpret that as an indication that HP is dropping its public cloud offering altogether. But that’s not what’s happening. An HP spokesman told VentureBeat in an email:

HP is not leaving the public cloud market. We run the largest OpenStack technology-based public cloud out there. This has to do with not competing head-to-head with the big public cloud players.

That’s not such a big deal, then, but it does show that one of the most plainly visible blue-chip tech companies that has competed in the cloud infrastructure market recognizes that it can’t and won’t hold a leading position. Rackspace last year arrived at a similar conclusion and began focusing more on managed services.

Amazon, Google, and Microsoft lead the market, competing on features and price.

And giving up the cloud wouldn’t have been the wildest move. HP’s cloud has not been the most popular among developers, particularly at startups.

Meanwhile, there’s been plenty of change in HP’s cloud business in the past year. HP made a big play for the open-source OpenStack cloud software last year with its Helion OpenStack distributions, and since then OpenStack has become a more active area for consolidation in itself. And HP can still sell various types of software and data center hardware.

HP last year acquired cloud startup Eucalyptus and picked up seasoned tech executive Mårten Mickos in the deal. Mickos was initially reporting to HP chief executive Meg Whitman after the deal — but then a reported reorganization at HP changed that.

Whatever happens, it’ll be fascinating to watch, especially as HP prepares to divide into two separate companies.