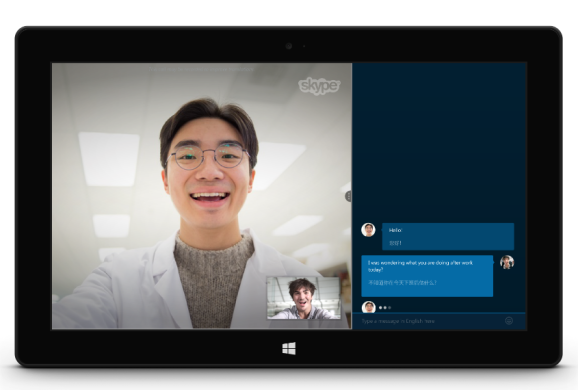 Kicking off with English and Spanish back in December, Skype Translator relies on machine learning, so it should improve over time the more it’s used. Mandarin is particularly challenging for such an endeavor, as Skype notes in a blog post, with Microsoft researchers and scientists in Beijing working closely with their counterparts in the U.S.

In addition to the real-time interpretation for voice, Skype Translator has also offered text-based translation in 50 languages for instant messaging, a number that today was bumped up by five with the inclusion of Serbian, Bosnian, Croatian, Maya, and Otomi.

Alongside today’s languages update, the Microsoft-owned company has also made a number of notable upgrades to Skype Translator. For example, with text-to-speech translation, users can now “listen” to their instant messages, even if they’re written in another language. Moreover, the technology also now offers “continuous recognition,” which means that the speaker’s words can be continuously converted into text as they’re talking.

This is still an early-stage initiative, one that requires you to sign up for the preview program. However, Skype Translator offers a tantalizing glimpse into what real-time, automated interpretation and translation could offer people around the world.