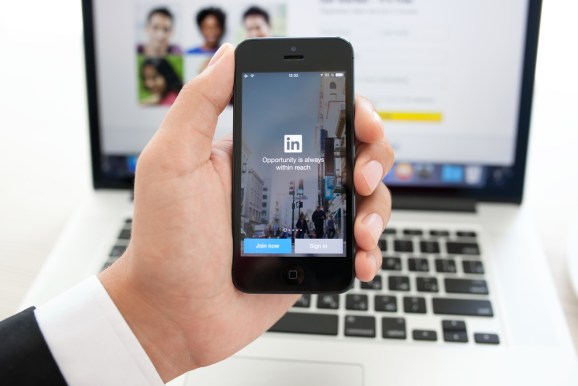 LinkedIn made its biggest ever acquisition yesterday, snapping up online education company Lynda.com in a deal worth a cool $1.5 billion.

The move was notable for a number of reasons, but perhaps the real standout element of the news was the value — it was almost ten times more than its previous record-breaking acquisition, set when LinkedIn bought Bizo for $175 million last year.

In August 2010, LinkedIn made its first ever acquisition when it bought recommendation technology company Mspoke to help LinkedIn provide its members with “more relevant insight from professionals,” according to the company’s announcement at the time. Full terms of the deal weren’t disclosed; however, an SEC filing later revealed LinkedIn paid $600,000 for the company.

The following month, in September 2010, LinkedIn announced its second acquisition when it took on ChoiceVendor, a Yelp-style B2B review site that was subsequently closed after the deal. Again, full terms of the acquisition weren’t disclosed, but the same SEC filing showed that LinkedIn paid $3.9 million, net of cash acquired from the purchase.

In January 2011, LinkedIn bought Cardmunch — a tool that automatically transcribes business cards — for $1.7 million, net of cash acquired from the purchase, according to that same SEC filing.

Flush with cash from its recent IPO, LinkedIn acquired contact-management startup Connected in October 2011, later relaunching the service as LinkedIn Contacts. Terms of the deal have never been disclosed, but given that Connected had two employees and had only taken on $500,000 in seed funding, the price would’ve been small.

The following week, LinkedIn snapped up IndexTank, a San Francisco-based real-time hosted search engine service. Again, terms of the deal have never been disclosed, but given IndexTank was still a relatively small firm, having only 11 employees and taken on around $1.6 million in funding, it’s unlikely this would’ve been a substantial price.

Very little is known about this acquisition, but it’s believed LinkedIn bought TrustHop, a crowd-powered service-referral company, sometime in 2011 or 2012. Founded by Viral Kadakia, it was a very under-the-radar deal involving a small seed-funded company, so the financials wouldn’t have been eye-watering.

In February 2012, LinkedIn bought contact-management Gmail add-on Rapportive in a deal worth $15 million. This was its biggest acquisition at that point, though this would soon be eclipsed by some distance.

Three months after announcing its Rapportive deal, LinkedIn came out all guns blazin’ with the news that it had bought online presentation platform SlideShare for $119 million in cash and stock. Besides the value of the deal, this was its highest profile acquisition to date.

LinkedIn remained quiet on the acquisition front until April 2013, when it turbo-charged its publishing ambitions by paying $90 million for Flipboard-style news-aggregation service Pulse.

Today, the service is called LinkedIn Pulse, and it plays a major part in LinkedIn’s content-distribution system, with professionals able to share their knowledge and expertise through the web and native mobile apps.

Again, LinkedIn laid low for the best part of another year, then in February 2014 it revealed the $120 million acquisition of Bright, a data-centric employment site that challenged LinkedIn’s own platform.

A few months after Bright, LinkedIn revealed it had acquired Newsle, an online service that issues alerts when you or people you know are in the news or otherwise mentioned on the web.

There are no details available regarding the value of this deal, but Newsle had a relatively small team and only had $2.6 million in funding, so it won’t have been a massive price.

Shortly after Newsle, however, LinkedIn snapped up Bizo, a company that builds business-focused marketing products that measure advertising campaigns. This deal was worth $175 million, making it LinkedIn’s biggest acquisition at that point.

Back in March, LinkedIn revealed it had acquired Careerify, a company that provides software that scans the social networks of a company’s employees to see which of their buddies could be suitable for job openings.

While terms of the deal weren’t disclosed, Toronto, Canada-based Careerify only had four employees, so the deal would likely not have been huge.

In early April, news emerged that LinkedIn had bought Refresh, an iOS app that reveals key information about those in your various networks before you meet them in person.

Once again, terms of the deal weren’t disclosed. But with 14 employees and $10 million in funding under its belt, it’s likely that the deal would not have been earth-shattering.

Yesterday, LinkedIn revealed it had acquired Lynda.com, a long-established company in the online education space, for a whopping $1.5 billion in cash and stock.

The company had almost $300 million in funding already, 400 employees, and two decades of experience in the education space — this is why LinkedIn was forced to pay around ten times more money than it had paid for any other company before.

Digging down into LinkedIn’s history, the company had made a total of 14 acquisitions (not including Lynda.com) in its 12-year history, all since 2010. Eight of these we know for sure how much the deals were worth, amounting to around $525 million total.

Of the six “unknowns,” we can say with a reasonable degree of certainty that the deals wouldn’t have amounted to silly money, due to the companies’ size and funding. It would likely have been in the low tens of millions overall, but being generous with an estimate, it would certainly have been less than $50 million. Also, if LinkedIn has made other unannounced acquisitions, they would likely have been of relatively low value.

The Lynda.com deal is testament to the value LinkedIn sees in a company that has made a success of a subscription-based video service that helps people learn new skills.

But it’s also testament to the growing influence of video across the web. Last year, Adobe reported a 43 percent jump in online video consumption year-on-year. And in early March, Twitter revealed it would let its users embed videos elsewhere on the web to increase its reach, a move that was emulated by Facebook shortly after as it looked to take on YouTube’s dominance in the digital video realm.

LinkedIn sees so much value in video that in one fell swoop yesterday, it bought a company for almost three times more than all 14 of its previous known acquisitions combined.