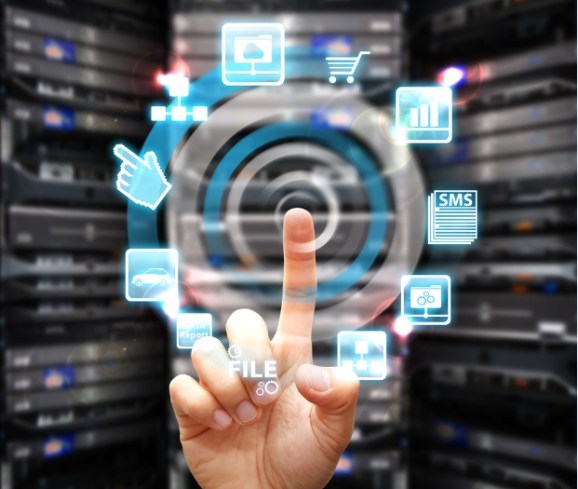 We open on a smoke filled room, where 10 men stand, whiskey glasses in hand, bickering over what words to use to advertise women’s gloves.

“Silky and fitted,” shouts one of them.

“Those are last year’s terms. Today’s women want gloves that are strong and comfortable,” spews another.

“Balderdash!” cries the boss from behind his mahogany desk. “The gloves are warm and stylish.”

“You’ve done it again, Jack!” One of the lackeys exclaims. Another runs over and jostles the CMO’s shoulders and claps him on the back.

The group spends the next few hours going over store displays, billboards, radio, and TV ads. They assure themselves this is a “can’t miss campaign” and then disperse to their offices.

That scene, which could have come straight out of AMC’s Mad Men, is an exaggeration of what marketers believe marketing is.

Yes, marketing departments have become more diverse since the Mad Men days of the ’60s and ’70s (although not by much). If we extrapolate the findings in the diversity reports coming out of Silicon Valley, we can assume that marketing departments maintain roughly the same ratios. Meaning, they are still mostly male and white.

But marketers are tasked every day with getting inside the heads of people they have very little in common with. To illustrate the point that Mad Men tactics are still alive and well, read this great piece on Medium about an overheard marketing session. In the post, Andrea Ayres-Deets describes a marketing meeting between two people launching a fitness water brand. The level of hubris and overall distain for the consumer is shocking. However, having been a part of hundreds of similar marketing sessions, I can tell you that this isn’t an isolated incident. This is the norm.

Marketers like to believe that they are equal parts Sigmund Freud, William Shakespeare, and Salvador Dali. They are the perfect mix of psychologist, writer, and artist. What comes from their minds is the stuff of legends and will resonate through the annals of history.

The truth is quite different. We’re actually a bunch of insecure people who desperately covet the ideas of our peers and hang on the success of every campaign we create. What we produce is never good enough for our liking, we always think others are telling their stories better than we are, and we live and die on metrics like clickthrough rates, open rates, and keyword rankings.

We’re the marketers of the digital age. Many of us never went to school for advertising or marketing. Instead, we cut our teeth in the real world. At one point we knew nothing of AdWords, SEO, social media, radio, TV, or print. We learned these skills on the fly and have hodgepodged a career out of those skill sets.

We’re not the whiskey-sipping CMOs of the past. We’re equal parts growth-hacker and technologist. So how are we supposed to emulate the previous generation who understood focus groups, design sessions, and customer personas?

The CMO is dead, long live the CMO

The CMO of yesterday is dead.

This isn’t to say that a certain age group is ill-equipped to handle the new marketing landscape. It’s a mindset that is ill equipped. Age has nothing to do with it. I’ve seen a CMO in her 50s who can run circles around a 30-something in her same position. She does this because she understands the evolution that’s taken place. And anyone in marketing who expects to survive the next decade will need to let some antiquated notions die, or risk going with them.

The old school CMO subscribed to the old adage of “I know half the money I spend on advertising is wasted; the trouble is I don’t know which half.” Analytics have made this statement laughable.

Thus, the new school CMO embraces analytics and data of every kind. They know what ads drive what actions, what terms are more effective at driving traffic, what pages on the website have the most engagement, and thousands of other metrics that give the whole picture.

The old school CMO discussed age groups, ethnicities, and geographic regions when describing their target audience. They didn’t have access to data that gave a true representation of who their customer was.

The old school CMO was more interested in what they thought the consumer wanted rather than focusing on what the consumer was telling them they wanted. Their customer personas would be developed in a room of five or six individuals discussing what “drives” their target audience’s buying decisions.

The new school CMO doesn’t guess what the consumer wants. Instead, they use survey software to get inside the heads of their customers. They then take the survey data, compare it to their web data and purchasing data, and develop a full-scope identity for their target audience.

The old school CMO was also used to delegating their ad buying and advertising to a third party in order to get the exposure they desired. But ad buyers are middlemen, and as we’re discovering, middleman industries are a dying breed. The Internet allows buyers to go directly to the suppliers. This is true for ad buying and other forms of advertising.

The new school CMO understands the terminology used for ad buying and how to navigate this world. They know what the average CPM (cost per mille) is for certain forms of advertising in order to avoid being overcharged or gouged (this happens more than anyone in the industry would like to admit).

There’s a SaaS for that

So, the new school CMO needs to be a bit of a data scientist as well as a bit of an ad exec. But probably the biggest evolution that needs to take place is in the role of technologist.

While expertise in all of these disparate disciplines is necessary, manually performing the work isn’t. Enter, technology.

Similar to the Apple campaign that informed you there was “an app for that,” you can pretty much be guaranteed that whatever service or action you need automated, “there’s a SaaS for that.” If there isn’t, wait a few days, I’m sure one will hatch out of an accelerator/incubator in no time at all.

Because there’s technology that can perform almost any action or service, the new age CMO must become a technologist who is able to quickly understand software, how it will integrate with existing systems, and how to build a team to use the software in an optimal way.

This is where I see the most resistance in the evolution of the old school CMO. While some might understand that technology is essential in today’s marketing landscape, they are still slow to adopt the tech, and even when they do, they fall short on implementing and optimizing it fully. As I’ve mentioned in an earlier article, the world is full of unused marketing automation and analytics software.

Don’t despair. This isn’t a death sentence for any marketer who is behind the curve on data and tech. There’s this thing called Google. It’s an amazing tool that takes time and effort and turns them into expertise. The experience old school CMOs have gained in their past lives will benefit them when combined with the skill sets of the new school CMO. So, you’re not starting from scratch. In fact, it’s been my experience that an old school CMO who fully embraces the new school is by far the most capable marketing executive around.

And the mindset of a CMO must be open to the idea of continuously evolving. We’ve just gone through a seismic shift in marketing technology over the past decade. The next decade will see even more change and more upheaval.

A few parting thoughts to help kickstart that desire to evolve: