BitTorrent today announced an impressive milestone: 100 million mobile downloads and counting for its Android, iOS, and Windows Phone apps. The last milestone shared was 40 million, a figure crossed in November 2013, meaning downloads have more than doubled in under two years.

This shouldn’t surprise anyone. Android is the only platform on which the company offers full-fledged clients (no computer required) as opposed to just remote apps (for controlling a torrent client on your computer).

There are many BitTorrent clients and BitTorrent remote clients for iOS, but Apple doesn’t let any of them into its App Store. BitTorrent has yet to announce a proper Windows Phone app, and there is no indication that will change anytime soon. With Windows 10 coming this summer, many are certainly hoping.

To celebrate the 100 million download milestone, BitTorrent today updated its main Android app with a version 3.0 release. You can download it now from Google Play. 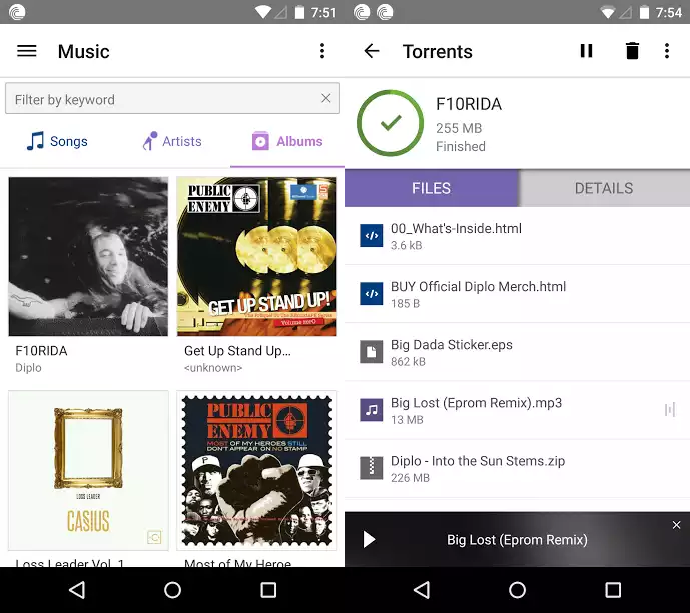 The biggest addition is integrated music and video players along with music and video libraries to help you find and play the media you have on your mobile device. The media player features a play queue and is also very easily accessible: just swipe left.

In its announcement, BitTorrent saved the best for last: The biggest improvement is the torrent core, which features download performance improvements, improved stability, and faster handling of magnet link data. “The result is a smoother, faster, more beautiful way to use BitTorrent on mobile devices,” BitTorrent said.

BitTorrent is experimenting a lot with its various offerings, so it’s nice to see the company still releasing updates for its core products. It’s certainly appreciated: 100 million mobile downloads is nothing to scoff at.