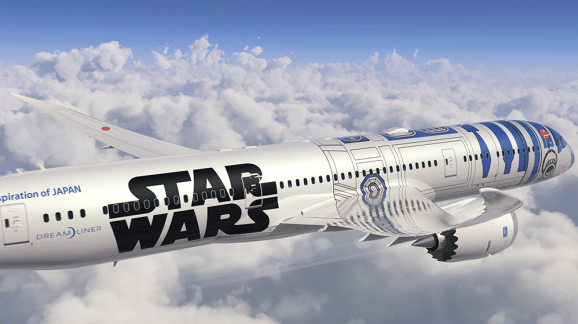 You thought R2-D2 was a little rolling droid, didn’t you.

Well, think again. Today, timed to the opening of Celebration (and the first showing of the second trailer for the upcoming Star Wars: The Force Awakens), the official Star Wars convention, All Nippon Airways (ANA) unveiled its Star Wars-themed 787 Dreamliner.

ANA says that it will begin flying the plane on certain international routes this fall.

To which we can only say, “Bleep bloop.”