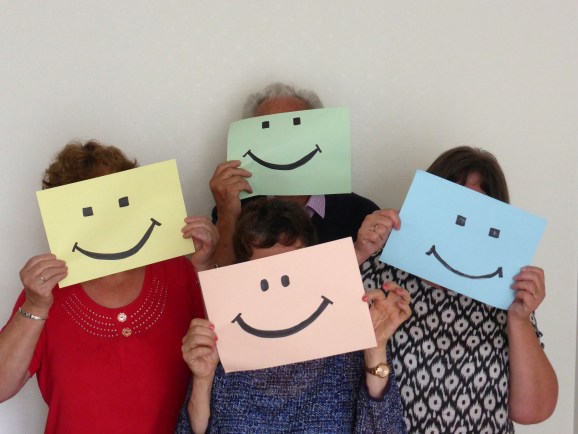 There is no doubt about it. The Soho Hotel in London is a trendy spot and, as a result, has a reputation for attracting the attention of twentysomething entrepreneurs who like to use the bar as an impromptu meeting room. At any rate, that’s what those who frequent the area say.

But when you look around, no two people are actually the same.

And that in itself is a nice metaphor for the world of marketing. The future of hyper-personalization is currently being directed by a number of marketing technologies, combining to give e-commerce unicorns like FarFetch — a fashion retailer with a $1 billion valuation — a competitive advantage. Web and mobile analytics, conversion rate optimization (CRO), predictive analytics, attribution, and adtech are all working together to help create a future where companies will truly know you and what you like.

In a real meeting room at the Soho Hotel — not the makeshift bar/boardroom — I met with three very different types of people who each had something to say on where we’re headed, and what needs to happen next, in the world of personalized marketing and continuous optimization.

“Continuous optimization — being able to learn something from every engagement — is an interesting area of digital marketing,” McCormick said. “In this space, split testing, multivariate testing, and other conversion optimization techniques combine with segmentation, and behavioral targeting.”

In other words, continuous optimization is about taking the foundation of CRO — a space we recently examined in depth at VB Insight — and applying those principles to every interaction. 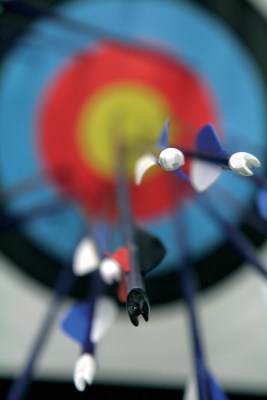 “In continuous optimization, you decide what portion of the 100 percent you apply tests to, and measure how changing the experience affects them on an ongoing basis,” McCormick said.

Andrew Robb, COO at FarFetch, a retailer that has attracted $194.5 million in funding since 2010, has seen continuous optimization in action. He understands the need to structure for success.

“Because we’re a pure play company, we were able to build this from the ground up without legacy issues,” Robb said. “Getting to grips with continuous optimization is about, from a very early stage, building the technology infrastructure.”

Does that stop established organizations jumping on the bandwagon?

Graham Cooke, founder and CEO at Qubit, thinks not.

He took as an example the turnaround of British retail chain John Lewis. Cooke said, “We’re talking about a 150-year-old company, steeped in retail tradition, that is now on the forefront of digital marketing, optimization, and e-commerce.”

As I discovered in my recent study of almost 3,000 conversion rate optimization (CRO) tools users, the average return on investment is a staggering 223.7 percent. How does continuous optimization promise to improve upon that impressive statistic?

In the current world of CRO, you determine something you want to change, create a hypothesis, run a test, measure the results, and keep the winning option. It might be a design change, an alteration in the copy, or changes in the subject lines of emails. Typically, you won’t start another test until the first is complete, and that creates delay.

In continuous optimization, you close the gap by constantly changing, monitoring, and measuring every element of your sales and marketing outreach.

That takes more than technology. It requires a change in the way you work. At FarFetch, putting engineers in the marketing department was the decision that made all the difference.

“The day we made that change, you saw the engineering team have a light-bulb moment and an excitement for the project,” Robb said. “It was about taking those separate teams — marketing, development, and engineering — and creating hybrid teams based on what we wanted to achieve.”

Of course, making changes in the team structure won’t get you a one-way ticket to continuous optimization utopia. In concert with giving everyone a view of the shared goal and understanding what impact engineering and development teams have on customers and prospects, the key issue is ensuring all the data is being managed effectively.

“The old way of bringing this data together, ‘extract, transform, and load’ (ETL), is a fundamentally broken process,” Cooke said. “If you can’t get all your data together in real time, you’re not going to succeed. Real-time data flow is key. The companies that unblock that flow will be the ones that succeed.”

What is the next challenge for FarFetch as they take continuous optimization to the next level?

“International expansion is the next big goal,” Robb said. “The questions we need to answer now include working out how we provide customer experiences in other countries, (in) non-English and non-Roman character sets.”

Those challenges aren’t just about technical issues or translations, either.

“In China, you can’t use email to sell — nobody checks it. You have to use chat,” Robb said.

In Forrester’s new report on continuous optimization, it is clear that marketers want to get on board with these concepts. Eighty-nine percent of survey respondents indicated they have plans to connect and optimize engagements to deliver richer customer experiences in the next 12 months. And my own research into CRO shows that marketing technologies such as Qubit produce amazing results.

And while there is still much to do in the world of CRO tools, it turns out that structuring the team correctly, along with putting in the right processes, is clearly the challenge that needs besting first.