In its first quarter 2015 earnings announcement today, Facebook revealed that it now has more than 1.44 billion monthly active users (up 13 percent year-over-year). Of those, 1.25 billion were mobile users, an increase of 24 percent year over year.

While it’s great for Facebook that all these numbers are still growing, albeit slowly on a quarter-over-quarter basis, the real interesting figure is in the company’s earnings slides, on page 7: 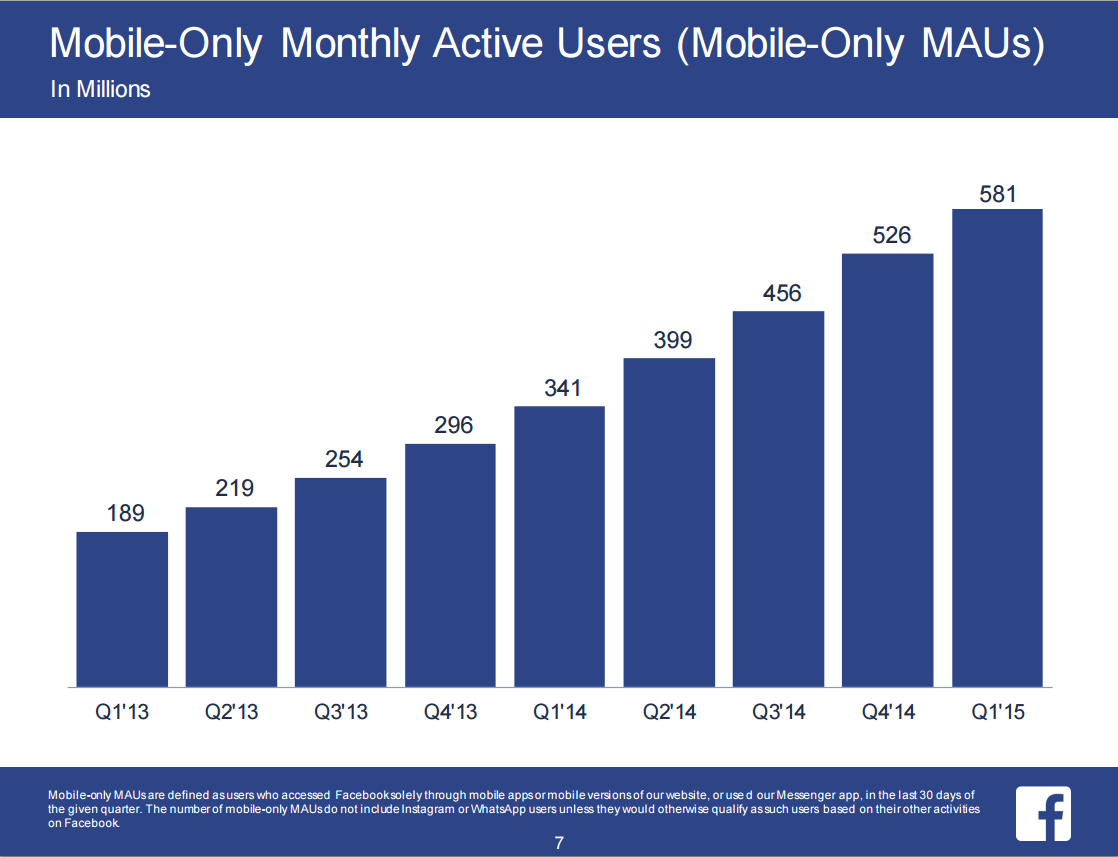 Between the fourth quarter 2014 and first quarter 2015, Facebook added 55 million mobile-only users to reach 581 million total (up 10.5 percent quarter-over-quarter). Mobile-only users now account for 40.34 percent of the social network’s total members. This number climbs every quarter, and it will likely reach the 50 percent mark at some point next year.

In other words, this is the number to watch. While Facebook’s growth continues to slow due to its size, its revenue share coming from mobile continues to grow. Mobile-only users are key to a social network that has managed to successfully transform itself into a mobile-first business. 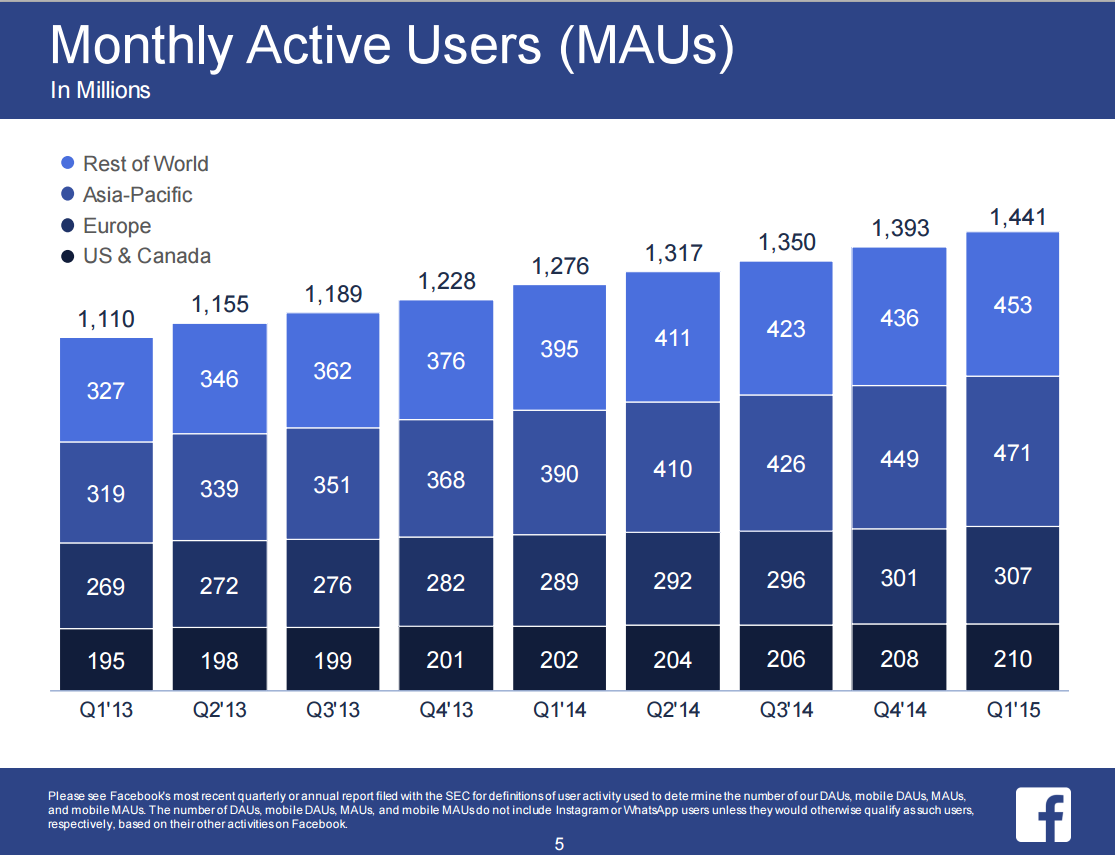 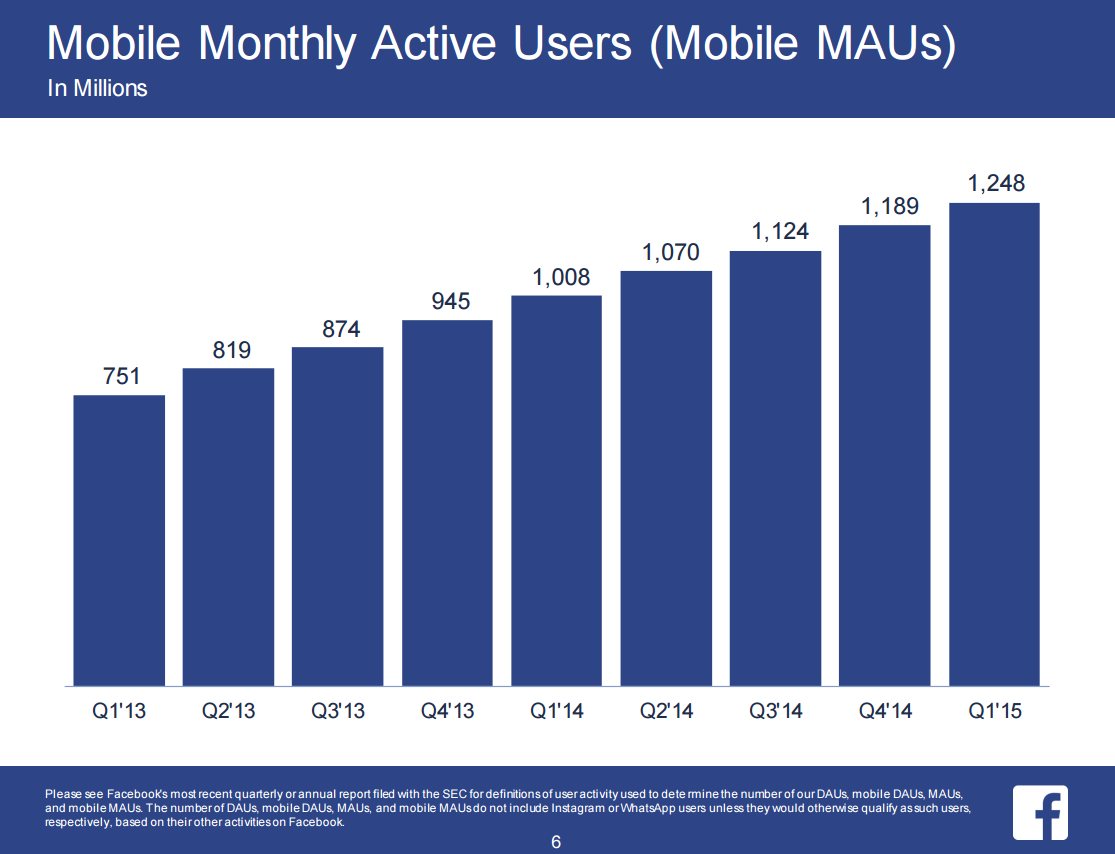 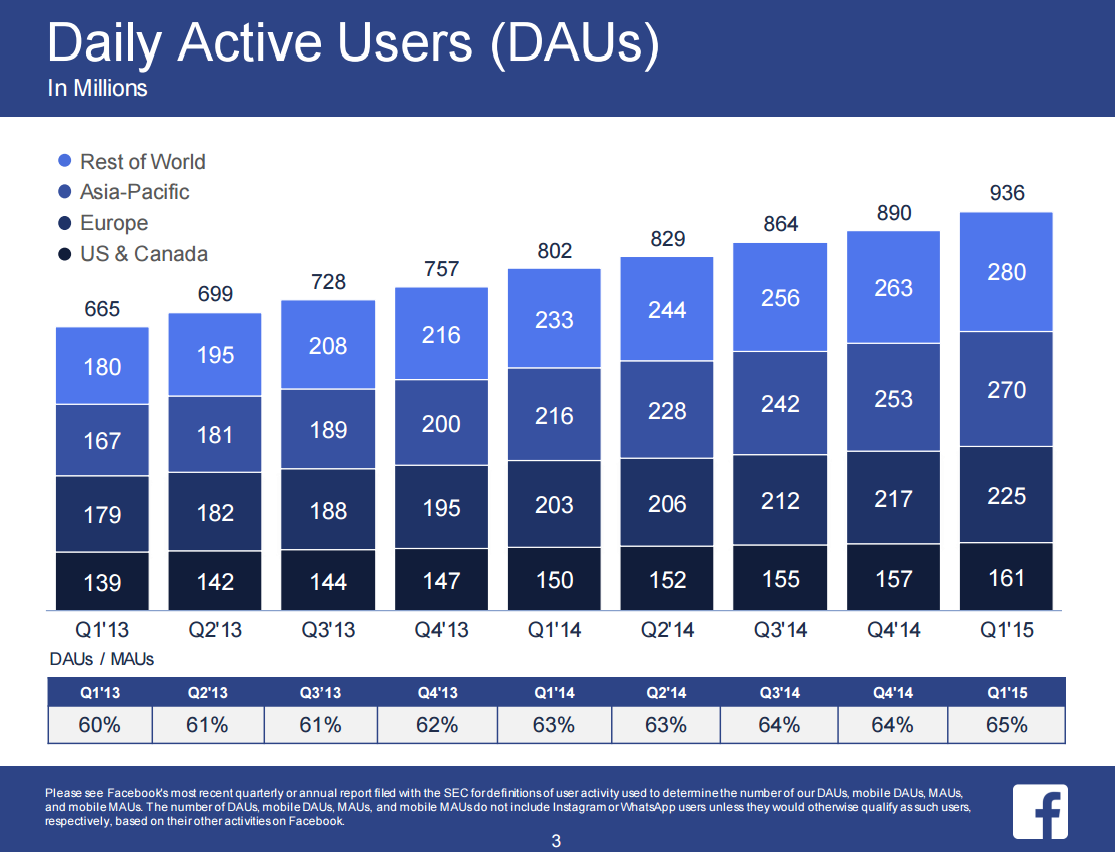 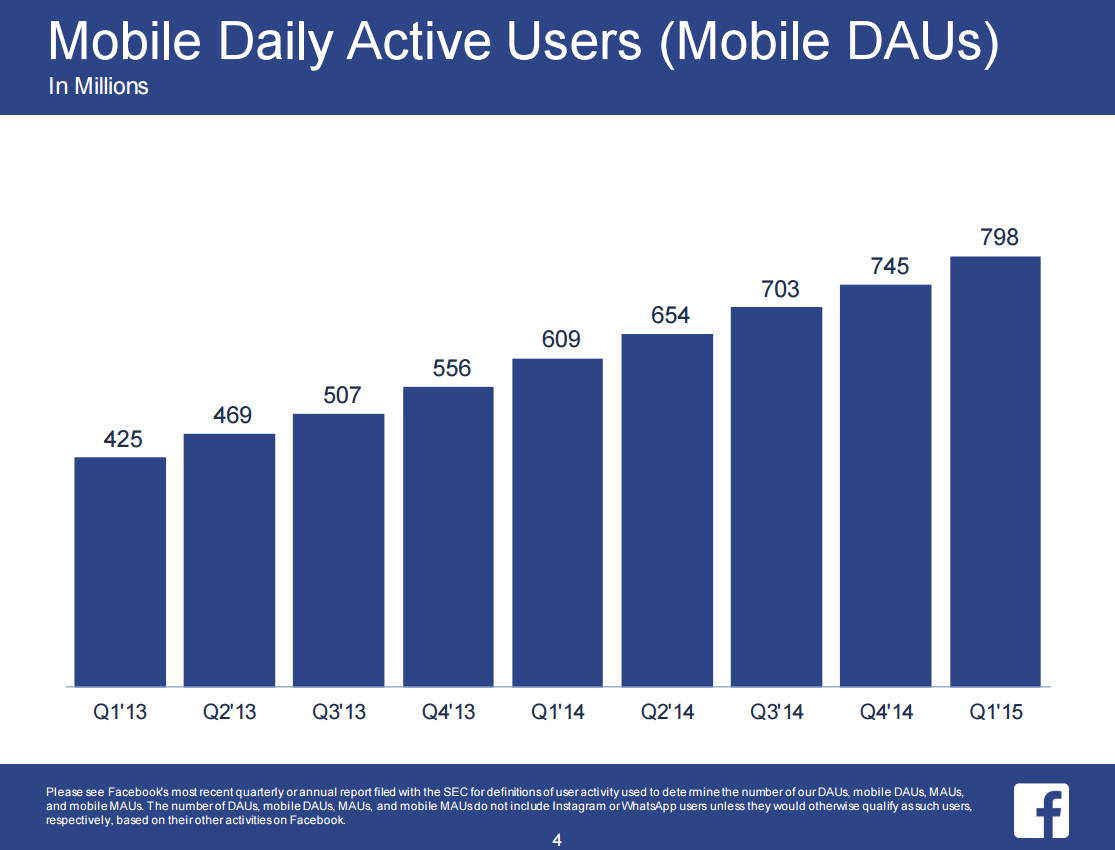 Facebook will likely soon start underlining mobile-only numbers directly right in its press releases. It will be the fifth metric the company shares, on a quarterly basis, but the most important one.