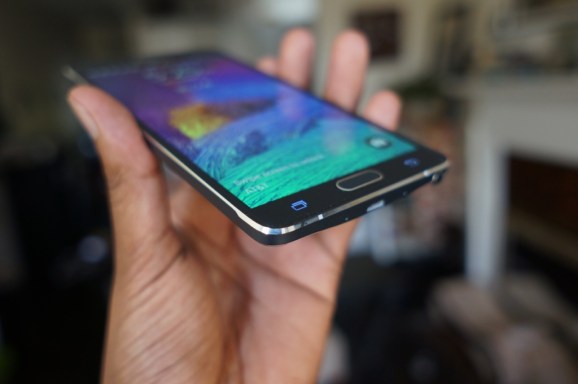 Samsung beat out Apple as the biggest vendor of smartphones worldwide in the first quarter of this year, according to research out today from analyst firm Strategy Analytics.

Samsung held 24.1 percent of the vendor market share in the quarter, while Apple had 17.7 percent, according to an article about the report from the firm. In the fourth quarter of 2014 — the holidays — the two mobile device makers were neck and neck, with 19.6 percent market share each, the firm found.

Based in Seoul, Samsung shipped 83.2 million smartphones in Q1 2015, while Apple shipped 61.2 million, Strategy Analytics said. Lenovo-Motorola and Huawei trailed behind Samsung and Apple in the statistics the firm collected.

Samsung sells popular Android smartphones like the Galaxy S6 Edge and the Galaxy Note. Apple has been increasingly directing its focus at the Apple Watch.

The smartphone market as a whole grew by 21 percent year over year in the quarter, which is slower than the growth rate in every quarter of 2014, Strategy Analytics is reporting.