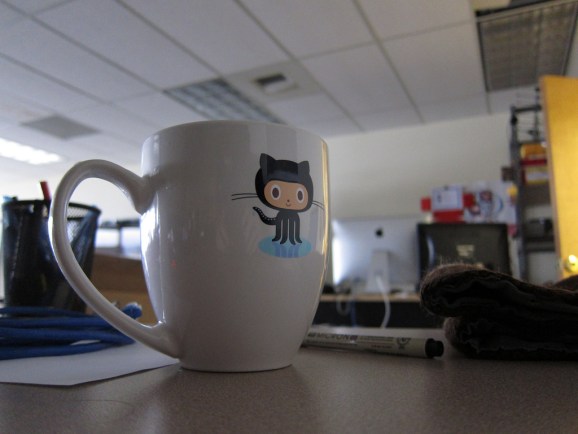 Now developers will be able to open up GitHub repos right from inside Visual Studio, or click just one button on GitHub to open a repo in Visual Studio.

Microsoft has been embracing GitHub more and more. GitHub is a popular choice for programmers to share and collaborate on open-source projects, but it’s also increasingly something companies are willing to pay good money for to manage the code for their own proprietary projects — whether behind the corporate firewall or as an instance running in a cloud like AWS or Azure.

Microsoft offers its own online repository for holding open-source projects, CodePlex. But in the past few years Microsoft has migrated several projects, including TypeScript, from CodePlex to GitHub. “GitHub has a vibrant open source community that we want to actively be a part of and contribute to,” Kasey Uhlenhuth, program manager for Microsoft’s managed languages team, wrote in a blog post earlier this year explaining the move of the Roslyn project from CodePlex to GitHub.

And when Microsoft decided to release its .NET core under an open-source license last year, it chose GitHub over CodePlex. Clearly many parts of the company have come to accept that the center of open-source activity, even in .NET land, is GitHub.

Today’s news isn’t the first time Microsoft is working together with GitHub. At the beginning of this year, the two companies teamed up to include Microsoft’s Visual Studio Community 2013 application development software in GitHub’s Student Developer Pack.

And GitHub isn’t the only externally built developer tool Microsoft has been opening up to. The Stack Overflow question-answering site is another one. Late last year the Internet Explorer team announced that it was starting to move conversations about the browser’s development from Microsoft’s MSDN forums to Stack Overflow.