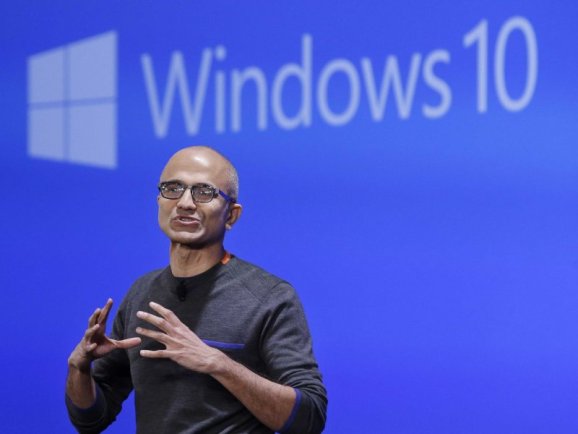 At a Windows breakout session during Build 2015 today, Joe Belfiore, corporate vice president of Microsoft’s operating systems group, talked more about the company’s favorite new term: “Windows as a service.” Belfiore talked about what it means for Windows 10 upon launch and beyond.

Microsoft has referred to Windows as a service multiple times throughout Windows 10’s development, mainly to emphasize that the company’s latest and greatest operating system will not just have updates like previous Windows releases, but more significant improvements over its lifetime. Today we learned a lot more.

Belfiore told a group of reporters that Windows 10 will not be arriving on all devices at the same time. To put it simply, Windows 10 will launch on PCs first, and sometime later will arrive for phones. Other devices like Surface Hub and Microsoft HoloLens will follow.

Microsoft did not share a Windows 10 release date yesterday like many expected, nor did it today. Belfiore said that the company is sticking with its “this summer” timeframe, but emphasized that when the company reveals a date, it will only apply to PCs. Everything else will come in the weeks and months that follow.

As Belfiore noted, Windows of course has a much bigger userbase on the PC than on the phone. Because of this, and since Windows 10 will be a free upgrade for the first year, Microsoft wants to make sure it properly promotes, and gets users excited about getting, the new version.

Furthermore, Windows 10 for phones has to go through carrier testing, something Microsoft naturally has little control over. The last reason for the release gap is one we have heard Microsoft say before when admitting that Windows 10 for phones is behind its PC counterpart in terms of features and stability: Windows 8 was released before Windows Phone 8, so the latter simply has a late start.

Windows 10 as a service also means that some Windows 10 features we’ve seen already won’t be there at launch. Microsoft mentioned a few of these yesterday, and Belfiore reminded reporters of two today: support for porting Android, iOS, and Win32 apps to the Windows Store and extension support in Microsoft Edge. Both won’t be available when Windows 10 launches, but will come soon after.

Last but not least, Belfiore confirmed that the Windows Insider program will continue even after Windows 10 launches. In other words, when Windows 10 testers upgrade to the final build, they will be able to choose if they want to stay with it, or to receive newer builds and continue testing upcoming features.

A lot of the above was rumored last month, but now it’s official. Windows 10 will be a massive, but staggered, launch, both in terms of initial debut and new features.