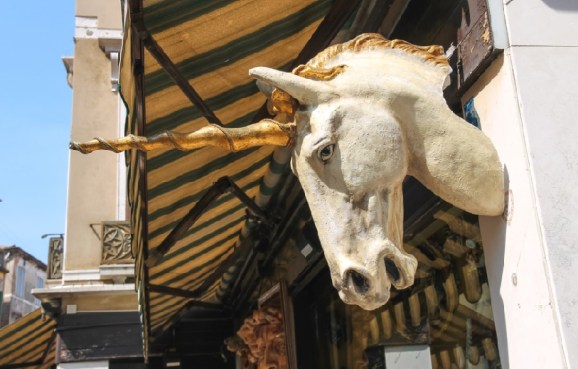 We’ve been hearing a lot about unicorns since Aileen Lee’s seminal study on the topic appeared in November 2013. And over the last couple of months, many in the venture capital community have warned that the surge of private companies being valued at $1 billion could be a sign of a bubble.

First Round Capital partner Josh Kopelman, for example, kicked off a Twitter storm with questions on the effects of “private IPOs” — private companies pulling in huge late-stage funding rounds equivalent to what an IPO might bring them. And Benchmark general partner Bill Gurley warned the investment community that “not all these companies are IPO level candidates,” likening some unicorns to irresponsible teenagers. In the meantime, opportunistic venture capitalists like Glenn Solomon from GGVC have been advising CEOs on how to stay in the moment and leverage this burst of valuation while keeping cool heads.

While it’s still unclear amidst all this debate whether the surge in unicorns signals trouble or a tech renaissance, I’ve been interested in how the phenomenon is playing out amid marketing tech companies. Do mar-tech unicorns exist? And, if so, are they following the same concerning “private IPO” trajectory that we’re seeing in the larger tech community?

In a recent eBook built on top of the marketing-tech landscape, VBProfiles (a partnership between Spoke and VentureBeat) identified 29 marketing-tech companies (1.5 percent of the total landscape) belonging to the Billion Dollar Valuation Club, whether publicly traded or privately held. That total includes 12 unicorns — companies that have achieved a billion-dollar valuation while remaining private — for 0.66 percent of the total landscape.

But despite the incredible burst of innovation due to the emergence of the cloud in the marketing-tech landscape, the significant acceleration of companies we’ve seen joining the Billion Dollar Club in 2010-2015 is due to older companies founded in 1995-2004 finally catching up after having survived the two nuclear winters and materializing their valuation later in the cycle.

Furthermore, in the period of 1990 to 2010, the rate of marketing-tech companies reaching billion-dollar valuations remained steady at two companies a year, except during the nuclear winter of 2000-2002, when only one such company was created for the entire three years. This a sign that the venture capital market, from a funding standpoint, seems to be fairly healthy in selecting the same number of companies year over year.

Marketing-tech unicorns have tended to rely on less funding to reach their $1 billion valuation and are doing better than their public counterparts after having reached the unicorn mark, with a median valuation of $2.1 billion versus $1.8 billion for public companies.

So regardless of how much risk the larger unicorn community presents, it appears marketing-tech unicorns promise equal if not better stability and return for investors than their public company counterparts.

Whether the unicorn era is here to stay or is just a passing anomaly remains to be seen. Billion-dollar private deals exist because a combination of stars are aligned: There is an existing demand from financial investors who trade better protection and early access to deals with liquidity, and that’s combined with both a supply of companies whose CEOs prefer to delay their IPOs and secondary markets that provide early liquidity to private investors and employees.

Changes in the financial environment, such as interest rate hikes, will necessarily affect deal conditions over time. Experienced financial investors who invest in both private and public companies are usually the ones making those trade offs and will react accordingly, while CEOs may only decide to go the IPO route if the highly priced private deal terms are not favorable anymore. After all, we only saw half the number of IPOs in 2014 that we saw during the 1990-1996 time frame.

To date, everything seems to be business as usual for investments in the marketing-tech industry. Venture capital follows the traditional cycle of venture capital, and the emergence of unicorns is more a sign of current market conditions than irrational exuberance. However, history tells us that bubbles evolve from normal courses of business, so all of this may change in the coming years with the new vintage of startups created in 2010-2015 — especially if the market heats up even more.

Philippe Cases is CEO of Spoke Intelligence. He is also a venture capitalist and serves on the board of Venturebeat (as chairman) and Jaspersoft.