The day before the start of the Internet of Things World conference in San Francisco, Mode is unveiling its cloud-based IoT platform and announcing a new $775,000 seed funding round.

Mode says it serves as a virtual backend team for IoT companies. Through the cloud platform, it handles all backend services, such as user and device management and secure real-time access control. 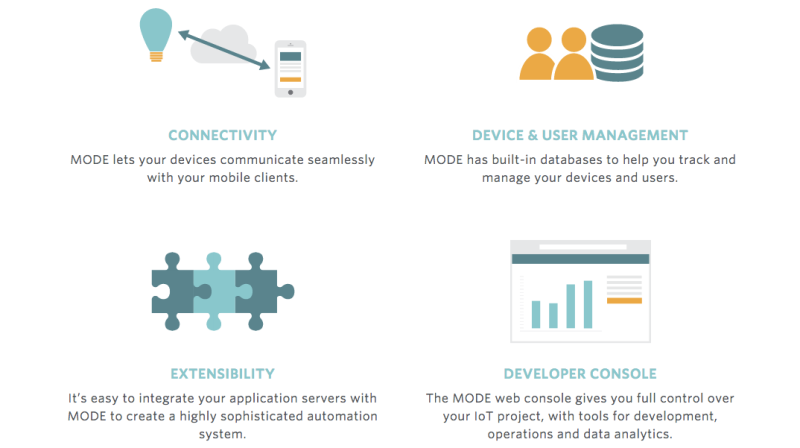 San Mateo, California-based Mode says it will use the new funding to start serving high-volume traffic on its platform.

“Gaku and Ethan are extremely talented engineers and engineering leaders that have built some of the most influential products on the web,” said David Hirsch, managing partner of Metamorphic Ventures.

“The fact that Mike Abbott at Kleiner Perkins (Gaku’s former boss at Twitter), Othman Laraki (ex-VP Product at Twitter), and Brian McClendon (VP Engineering at Google) invested with us is a testament to that,” Hirsch said in a statement.

The platform is available for use now, and it works with any devices or mobile operating systems.