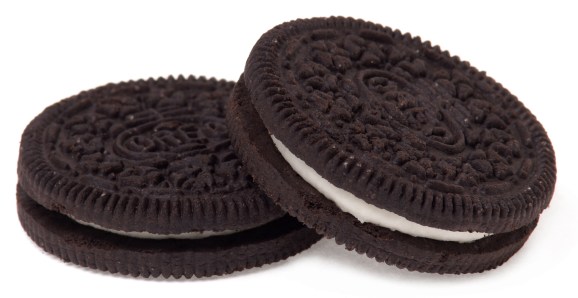 Bonin Bough may someday get tired of his name being paired with Oreo’s real-time “You can still dunk in the dark” tweet. Yet there’s probably not a person in marketing who doesn’t acknowledge that Oreo set the social media bar with that now-famous tweet during the blackout at the 2013 Superbowl.

It’s just one reason we’re thrilled to announce that Bough, vice president of global media and consumer engagement at Mondelēz International, will be speaking at GrowthBeat Summit in Boston on June 1 and June 2. He’s one of many marketing visionaries who will be gathering for the invitation-only event focused on peer-to-peer debate about the challenges today’s marketing leaders are facing.

Bough’s accomplishments go much further than the Oreo tweet. Known for leading some of the industry’s largest and most innovative global media investments across digital,TV, print, and outdoors, he was recently inducted into the American Advertising Federation’s Advertising Hall of Achievement.

On joining Mondelēz International, Bough has been the driving force behind numerous first-of-their-kind initiatives and brand reinventions. One such initiative is Mobile Futures, an accelerator program that partners the company’s famous brands with leading mobile startups, encouraging a culture of “intrapreneurship,” in which corporate employees learn to think and act like entrepreneurs. This has led him to launching three of the largest corporate startup accelerator programs to date.

But Oreo seems never far from his mind. Recently he drove Trending Vending, which tapped into the future of food and consumer engagement by using social media and 3D printing technology to create customized Oreo cookies in real time on-site at SXSW 2014.

Some of the other speakers at GrowthBeat Summit

Kieran Hannon, CMO of Belkin Hannon is responsible for all three of the consumer electronic company’s brands: Belkin, Linksys, and WeMo. But it’s no surprise that WeMo is now the family of products gaining attention — last year Fast Company named Belkin one of the World’s Most Innovative Companies in the Internet of Things.

Barbara Messing, CMO of TripAdvisor Messing has been in the lead marketing role at TripAdvisor for the past four years, so she can easily be awarded significant credit for the company’s impressive growth. In 2014, the travel review company posted revenues of $1.246 billion, representing a 32 percent increase over the previous year.

Liza Landsman, Chief Customer Officer of Jet.com, and Scott Friend, Managing Director of Bain Capital Ventures  Landsman and Friend will be featured in a fireside chat at the summit where they’ll discuss Jet.com’s ambitious plans to disrupt the e-commerce industry. Fueled by “scary smart” e-commerce technology that drives lower prices for members while improving logistics for retail partners, Jet.com promises a “brilliant” customer experience right out of the gate.

Laura Holliday, CMO of Zola Holliday is the online wedding registry’s first CMO since it burst onto the scene just 19 months ago intending to shake up the wedding registry business. Challenging the traditional registry retailers, the brand now offers over 300 brands and 10,000 products, and provides a very personalized experience for couples and their wedding guests.

Brian Harrington, EVP and CMO of Zipcar  As Zipcar’s chief marketing officer, Harrington oversees all efforts in member acquisition and engagement, global partnerships, public relations, and building the car-sharing company’s global brand. Prior to Zipcar, Harrington held leadership roles at Boathouse, a brand communications agency, and I’m In!, a leisure travel website that he cofounded. He was a member of the founding executive teams of Upromise and Connection to eBay, and has held senior roles at EF Education. Earlier in his career, he worked in global marketing for Sheraton Hotels and for Hill Holliday Advertising.

Lynn Vojvodich, EVP and CMO of Salesforce Vojvodich joined Salesforce in 2013 and has been very vocal about the need for change in a marketing world that is inextricably fused with technology. Speaking with McKinsey at the end of last year, she said, “As a CMO, if you’re not an agent of change — constantly innovating, constantly changing, constantly pushing the boundaries — then you’re working at a company that will be obsolete in five to ten years.”

Peter Hamilton, CEO and partner at TUNE  Mobile attribution analytics company TUNE works with some of the biggest leaders in the mobile-first space, including Uber and Spotify. Just as Salesforce led the charge in SaaS, TUNE is setting the course for the way marketers use data to connect with customers in a multi-device universe.

Michael Williams, CMO of The Grand Prix of America, Formula 1 Williams faces the challenge of bringing awareness to a sporting event that has never been hosted in America, but instead has been seen for 60 years as exclusively international. The intent is to bring the Formula 1 race to New York in June 2016.

Scott Brinker, cofounder and CTO of ion interactive (And the prolific blogger behind chiefmartech.com.) In his annual tracking of martech, Brinker found that the marketing technology landscape in 2015 includes 1,876 vendors across 43 categories. That’s not only an astonishing number in its own right, but it’s nearly doubled in just the one year since Brinker last compiled the list.

Heather Smiley, CMO of MassMutual  Responsible for growth for one of the largest life insurance companies in the world, Smiley’s biggest marketing challenge may be that she’s selling something people don’t need right now. With a tangible that many avoid thinking about, or can’t even imagine, she focuses on creating what she calls “motivated moments.”

John Kennedy, CMO of Xerox Appointed to Xerox last July, Kennedy previously was VP of marketing for IBM Global Business Services. Last year, he was recognized by the CMO Club with a Marketing Innovation Award “based on a marketing executive’s demonstrated leadership in creating an innovative marketing environment that changes the game for ROI, customer engagement, and/or for the industry.”

Deena Bahri, CMO of Birchbox Bahri leads growth for the successful subscription service that delivers personalized boxes of beauty, grooming, and lifestyle products on a monthly basis. Last year the company was valued at $485 million with 800,000 subscribers. Bahri has talked openly about how essential data is to the success of the company. Prior to joining Birchbox in 2011, Bahri was senior director of marketing at Gilt, another e-commerce shopping destination.