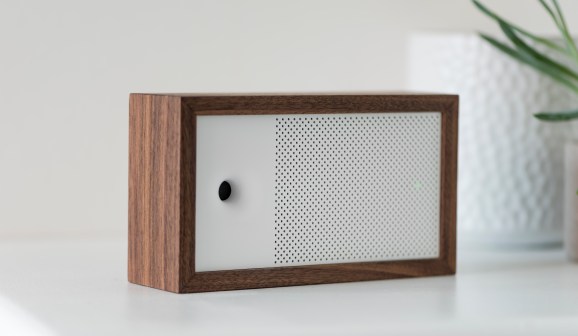 She was born with a skin condition, Ro told me, which made her very sensitive to dry air, sunlight, and temperature. To help manage her condition when she went to preschool, Ro hacked together a suite of sensors on a circuit board. He attached it to her backpack, and it would monitor humidity, temperature, and ultraviolet radiation throughout the day. At the end of the day he would sync it to his PC via Bluetooth, giving him insights about how her day went and how that might affect her skin. He could then tell her that he was putting more lotion on her skin and turning the humidifier because it had been very dry at preschool that day, for instance. 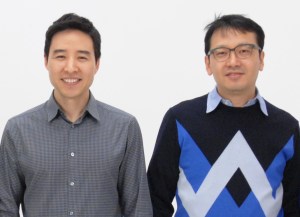 Seeing how empowering and helpful that was for his daughter led Ro to create an air quality monitor as a product, together with cofounder and chief technical officer Kevin Cho. That device, Awair, launched today at the Code Conference here in Rancho Palos Verdes, a coastal town south of Los Angeles.

The $149 device looks a bit like a tabletop radio and measures indoor temperature, humidity, carbon dioxide concentrations, fine dust particles, and volatile organic compounds (VOC). It connects to a smartphone app (for Google or iOS) that can analyze the data and provide insights into the air quality around you, providing personalized recommendations based on what it learns about your environment over time.

Interestingly, the device is also able to connect with other appliances, such as humidifiers, so Awair can turn them on and off as needed.

It can also connect with other tracking devices such as the Misfit Shine, home devices like the Philips Hue Smart Bulb, and even Google’s Nest smart smoke alarm. You can also use IFTTT.com with it to trigger alerts and other actions.

The Awair will be available in the fall. Customers can preorder it starting today.

The company says it will use one percent of its revenue to make a simplified version of Awair for the developing world.

Bitfinder was founded in 2013 and has raised $1.38 million in an angel round, according to Ro. It is based in San Francisco.