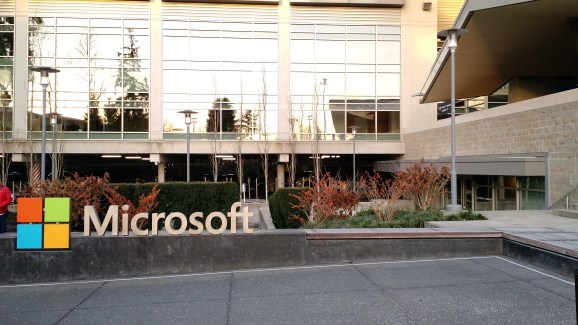 Microsoft is working on a new service called Microsoft WiFi, details of which leaked today at microsoftwifi.com. While the website has since been pulled, it described the service as offering “hassle-free Internet access around the world” so users can be “productive on the go.”

Microsoft WiFi was first spotted by Twitter user h0x0d, the same guy who recently discovered Microsoft Earn. We reached out to Microsoft for more information.

“We can confirm that we are working on a new service, called Microsoft WiFi, that will bring hassle-free Wi-Fi to millions,” a Microsoft spokesperson told VentureBeat. “We look forward to sharing additional detail when available.”

We grabbed the image above before Microsoft took down the website. As you can see, the point of the service is to make sure you’re always online no matter where you go:

Don’t waste time filling forms with personal information or managing different carriers to get connected. Sign in once and you are done: you will automatically be connected to a vast range of WiFi providers around the world.

Locating Wi-Fi spots near you will apparently be achieved using the app’s “interactive map.” Unfortunately, this service won’t be available to everyone. The webpage also explained that you had to be “eligible” before you could download and use the app, though there will be versions for businesses and individuals alike.

At launch, Microsoft WiFi will only be available to:

In case you’ve never heard of it, Skype WiFi is a service that lets users get online at over 2 million Wi-Fi hotspots worldwide, paying with Skype Credit for the minutes used. The main pitch there is “no more fumbling with credit cards or long sign up processes when you’re on the move,” according to Skype.

Microsoft WiFi appears to be the same idea (a pay-as-you-go service that automatically connects you to free public Wi-Fi hotspots), but this appears to be more than just a rebranding, as it targets a much bigger audience: 10 million Wi-Fi hotspots in 130 countries.

The company isn’t sharing any more information right now, but we will update you when that changes.