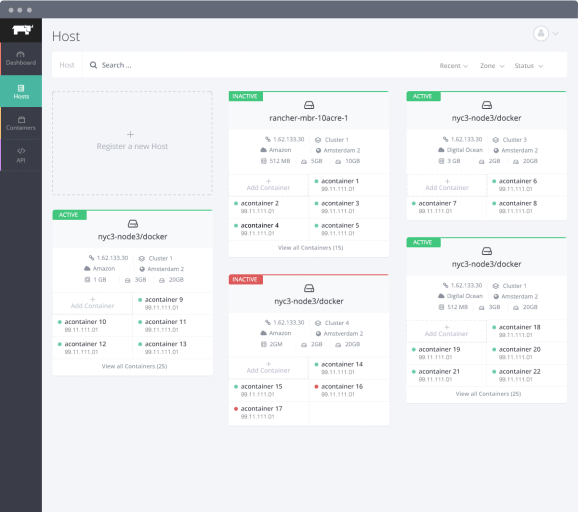 Rancher Labs, a startup that has built a lightweight Linux operating system and management tool for running applications packaged up in containers — a hip alternative to more traditional virtual machines — announced today a $10 million funding round.

The funding helps establish Rancher as a player in the dynamic market for containers, which startup Docker has popularized and CoreOS has productized in the form of an Linux operating system. Major vendors like Google, IBM, Microsoft, Red Hat, and VMware have jumped into the container management conversation in various ways. Cloud providers like Amazon Web Services and Joyent have services for running applications in containers.

“It is difficult to name exact competitors as we are in such an early and fast-moving space,” a Rancher spokesperson told VentureBeat in an email. “Everyone is approaching in different ways. Despite the overlap, we are also exploring integration with Weave and ClusterHQ to offer Rancher users more flexibility in the choice of networking and storage technologies. In the long run, Rancher and Docker users will have less reliance on the dominant infrastructure providers of today, which include VMware and AWS.”

That’s been one promise of containers: interoperability. But it’s unclear if Rancher will turn out to be a company that will deliver that benefit to many companies and then reap the rewards.

Rancher Labs started last year and is based in Cupertino, Calif. The startup employs 20 people, some of whom came from Citrix through the 2011 Cloud.com acquisition. The idea is to push the headcount to 30 by the end of the year, the spokesperson told VentureBeat.

Mayfield Fund and Nexus Venture Partners participated in the round.