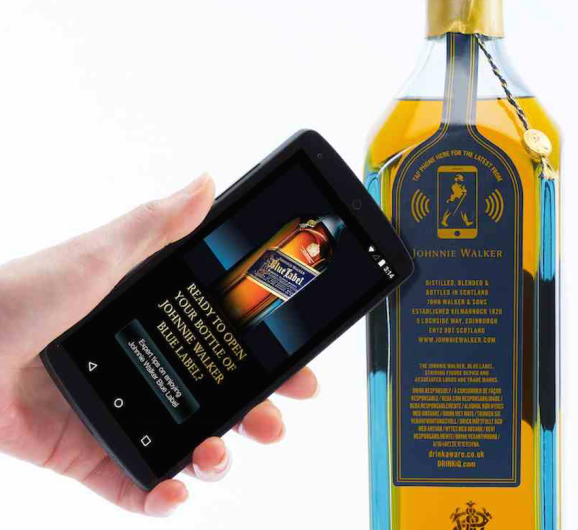 Or Evrythng, as the vowel-averse company prefers to spell its name. Today, this maker of the Smart Products Platform announced it has rounded up $7.5 million in new funding so it can get everything in order.

The platform — one of a number being offered for universal connectivity — helps product makers connect their wares to the booming Web.

More importantly, it is designed to tap data from the product and from the maker to track supply chains, distinguish fake products, issue updates, customize how it’s used, and more.

It’s a vision that includes, well, almost everything. CEO and founder Niall Murphy told me via email, for instance, that he envisions “a connected washing machine [that] gets smarter by talking to the packs of washing powder that go into it,” to help guide the running time, speed, and other factors that govern a washing load.

The company originated from a discussion in a coffee shop between Murphy and now-CMO Andy Hobsbawm in 2009.

“I had the idea that every physical object in the world — from the cars we drive, the clothes we wear, the beers we drink, and homes we live in — would have an addressable, real-time presence on the Web,” Murphy said. Originally, the thought was to build a Facebook for all the non-people out there, to create new experiences and efficiencies.

To get there, Murphy said, his company is busily crafting partnerships with chipset companies like Marvell, Intel, and Broadcom and with ones that make RFID, QR, and other smart packaging tech, like Avery Dennison and Thinfilm.

Its maker, beverage giant Diageo, allows customers to personalize a gift bottle with a unique video message that will play on the recipient’s smartphone after scanning the code on the bottle. Evrythng provides the platform connecting the code on the label with the video you’ve created. Diageo also tracks the products through the platform to improve logistics.

(We’re waiting for the day when the bottle can tell how much you’ve imbibed, and a label scan automatically calls an Uber for you.)

Similarly, Evrythng’s platform is the backend for the SmartPlug on iHome devices, now in over 50 million households worldwide. The platform enables the products to interact with, and control, other products.

The Products platform was launched in 2012, and the company, which began in London and Switzerland, is now based in three cities: London, New York, and San Francisco.

As you might expect, the landscape for IoT platforms is complex and, in Murphy’s view, fragmented.

Providers of sensor networks, which can attach sensors to many kinds of products, include the PTC and LogMeIn groups. For packaged goods, he pointed to “application-specific role players,” such as ScanLife or Blippar, as well as providers of product-tracking services.

As befits its name, Evrythng brings all the pieces together in a way no one else does, he said.

It uses open web standards, focuses entirely on consumer products, and connects to any product, whether the connectivity is embedded or added as smart packaging.

The new money, which Murphy told me might be used for mergers and acquisition, is intended at the moment to boost sales, marketing, product development, and engineering teams. This most recent funding was led by BHLP LLC and Atomico, with Dawn Capital and investments from Cisco Systems, Samsung Ventures, and others. To date, the company has raised $17.5 million.