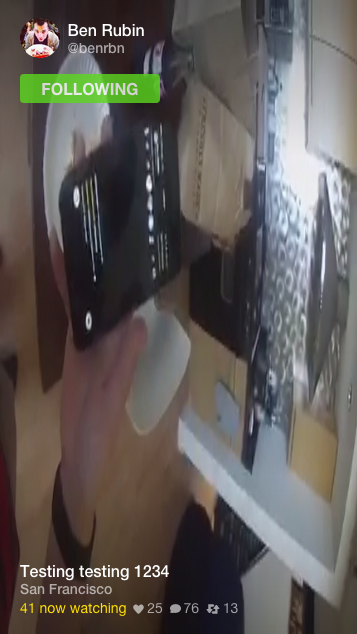 Mobile live streaming startup Meerkat today showed off something really cool: streaming from a GoPro instead of a phone.

“You can see, the future is here,” Meerkat cofounder and chief executive Ben Rubin said during the live stream, which went by the name “Testing testing 1234.” “The phone is here, grabbing the camera. You should not see anything, but yet, you see.”

This is an interesting development given that GoPro itself recently came out with wireless high-definition transmitters that can enable live streaming.

This is just the latest advancement Meerkat has produced. Last month it enabled users to post streams to Facebook.

San Francisco-based Meerkat announced in March that it had raised around $14 million.