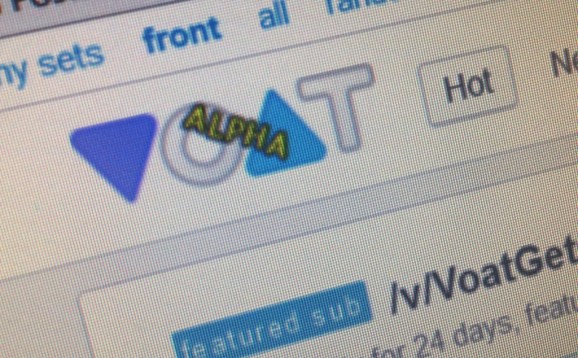 Update, June 23: Host Europe has issued a statement, which can be found at the bottom of this article.

Switzerland-based Reddit clone Voat says its servers have been closed down and contracts terminated by its hosting provider, which comes less than two weeks after it saw a surge in signups following a clampdown in online harassment by Reddit.

Reddit is a popular social news site that lets users submit, discuss, and “upvote” articles and stories, but it has often been accused of letting trolls run rampant across the site. As such, it recently announced it was removing five subreddits (topic-specific sub-sections) that were considered inappropriate: r/fatpeoplehate, r/hamplanethatred, r/transfags, r/neofag, and r/shitniggerssay.

With Reddit moving to curb harassment and bullying on the platform via ongoing policy changes, many users fled to use Voat, a near-identical site launched in early 2014 that promises a “censorship-free community platform.” However, Voat’s founder and chief technology officer, known as Atko, says that it has now been targeted by its Germany-based hosting provider for being “politically incorrect.”

“Our hosting provider, hosteurope.de, has terminated all our contracts and shut down all our servers without issuing a warning or trying to talk to us,” wrote Atko. “This includes my private server which was only used to host my girlfriend’s blog. She is a scientist. She published her research papers on that blog (preformatted papers to which she owns the copyright). That server contained no other data whatsoever.”

Atko says the only reasons he was given by the host were: “We have received significant information that the content on your server includes political incorrect parts that are unacceptable for us” and “we cannot keep bond of trust to you as our customer.”

With just a few hours notice, Atko says he moved all the databases to a new cloud platform. However, this is a major glitch for Voat — having struggled to keep up with the recent surge in traffic, he had already been asking the Voat community for donations to fund more server capacity. With what seems like a temporary home for now, Atko is still seeking donations both through Bitcoin and PayPal, though he casts some doubt on what the future may hold for Voat.

“Ladies and gentlemen, my eyes have been opened by this,” he said. “I don’t know about you, but we are living in a weird world. We will have to carefully evaluate our long-term options of providing a platform of free speech if we are to stay online.”

Reddit has a long history of toxicity, but with a recent $50 million investment, it has tried to shake off its tarnished image and be more welcoming to new and existing users. Voat, on the other hand, is still a fledgling platform with little money and not a whole lot at stake, so it can afford to be a little more “daring” with its social community, letting its users essentially write what they wish. However, there’s only so much it can do when its hosting provider pulls the rug from under it, meaning it will now have to find a new permanent home elsewhere, somewhere other than Germany.

We reached out to Host Europe, and it provided us with this statement:

“Host Europe does not publicize details of existing or previous contractual relations. To remain under contract, Host Europe customers must be legally compliant. Host Europe is liable for any content posted on its servers as soon as it receives knowledge of it and therefore must uphold these regulations strictly. Host Europe is committed to finding a solution together with its customers based on mutual trust and suspension of service is the last step.”

The above is actually a contraction of its full statement which it published on its own blog yesteday, where it denies that the reason for pulling Voat offline was due to “political incorrectness,” instead suggesting that it only pulls content if it “violate laws or are morally unacceptable.” It finishes with this fairly straight forward confirmation as to why it terminated its contract with Voat:

“Host Europe wants to make clear that we will not tolerate any form of illegal right-wing extremist content and we explicitly distance ourselves from this.”

The full Host Europe statement is as follows…

Host Europe will generally not publicize details to existing or previous contractual relations. The current coverage, inquiries and contradicting information however make us want to comment on some issues and clarify matters.

Host Europe has recently ceased hosting of a public forum. The reasons for this were specific contents which made it impossible for us to continue hosting of this content. The actual reason for this was not, as sometimes mentioned in this regard, „political incorrectness“. Political statements of all sorts are allowed on servers of Host Europe. Host Europe as a hoster values the public opinion and diversity of beliefs. This however comes to an end where the contents or publications violate laws or are morally unacceptable. As a German hoster, Host Europe is bound to these laws, which make Host Europe liable for any contents hosted on our servers as if were our own as soon as we receive knowledge of them.

The site in questions was publicizing incitement of people, as well as abusive, insulting and youth-endangering content. They were clearly against the law and did not allow Host Europe to continue hosting such content to the public. Host Europe will also pass on information to the relevant authorities if it deems this necessary or appropriate.

We want to emphasize the fact that the suspension of our services is only the last step in a process. Host Europe does and always will try to find a solution together with our customers. However for this mutual trust from both sides is a main requirement. As this was not existent in the current case, we had to take these steps.

Host Europe wants to make clear that we will not tolerate any form of illegal right-wing extremist content and we explicitly distance ourselves from this.