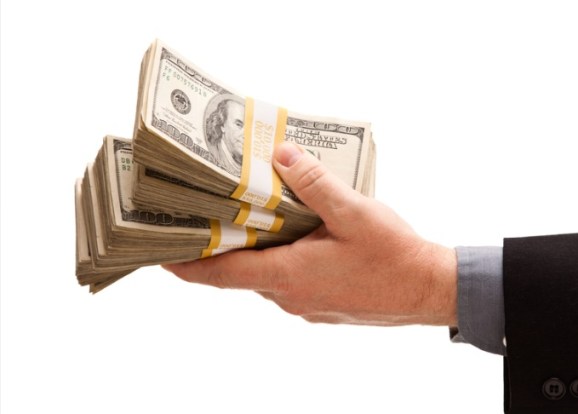 Title IV of the 2012 JOBS Act kicked in today. Now, the fastest growing private companies in America can conduct Mini-IPOs and raise up to $50 million from anyone. Historically, investing in startups and small businesses was reserved for just accredited investors, or just the wealthiest 2 percent of America. Now, after three years of anticipation, investing in pre-IPO companies will be opened up to the other 98 percent.

Mini-IPOs could also allow founders to take on less dilution and retain more control of their companies. So, should you consider a Mini-IPO? Here are seven reasons why you might want to:

1. Reward loyal customers
The change will be especially powerful for private companies that have already built a large and passionate customer base. These companies will be able to offer shares to all of their loyal customers for the first time online and provide an alternative to relying solely on large institutional investors.

A growing number of companies have recently rewarded their loyal customers by providing them with the ability to become shareholders. There are several examples of this trend from the IPO market, and the Mini-IPO process now allows companies to give their customers access even earlier in the company’s lifecycle. Some notable examples of companies allowing customers to become investors include:

• Lending Club, which allocated $99 million of its $1 billion dollar IPO to customers and users of its platform.
• GoPro, which received $59 million in commitments from its customers in 10 days as part of its $427 million IPO.
• Santander, which allocated 50 percent of its $1.8 billion IPO to its dealers and employees.

2. Raise brand awareness
Offering shares to the public can increase a company’s brand recognition and credibility. The process of promoting the offering to investors also promotes the profile of the company and their products. For instance, LinkedIn found that traffic to its website increased at a much faster rate after its IPO and that the fundraising process helped raise awareness of the company. During the six months leading up to LinkedIn’s 2011 IPO, monthly unique visitors only increased about 7 percent. During the six months after its IPO, monthly unique visitors increased an astonishing 63 percent. Renaud Laplanche, the CEO of Lending Club characterized this well leading up to his own IPO in early 2015 when he said “a successful IPO can be a significant awareness-creation event. Millions of people who haven’t heard of us before could discover Lending Club.”

3. Maintain control
When raising capital from venture capitalists, founders frequently end up playing a “game of thrones” with board seats and ultimately giving up control of their company. This can sometimes result in founders getting removed from their own company and replaced with more experienced managers. Furthermore, sometimes a venture capitalist’s incentives can be misaligned with those of the founders, creating additional controversy. Mini-IPOs are not expected to result in giving up board seats, which could be powerful for founders who want to maintain control of their company.

4. Drive higher revenue and referrals
Research shows that getting customers to invest in your company drives higher loyalty. Bain & Company found that stock owners spend 54 percent more than non-stock holders and visit the company’s website 68 percent more often. Most interestingly, stockholders are more likely to talk about the company and refer twice as many people as general customers. This isn’t shocking, given that shareholders have a vested interest in seeing the business succeed.

5. Augment a larger round
We will most likely see companies raise from their customers as part of a larger round. The Mini-IPO process is compatible with a larger fundraising round from institutional investors. For instance, a company might allocate 80 percent of its round to venture capital investors and offer the remaining 20 percent directly to customers.

6. Take some chips off the table
A Mini-IPO can include a partial sell-down by the founders and early investors. Typically founders need to wait until an acquisition or a full-blown IPO to receive any liquidity. However, with a Mini-IPO, existing investors have the option of cashing out $15 million on a $50 million raise, allowing them to potentially receive some proceeds a few years ahead of time.

7. Use the Mini-IPO as a stepping stone to an IPO
Some companies see a Mini-IPO as a springboard to listing on the NASDAQ or NYSE in the future. For example, Ben & Jerry’s listed on the NASDAQ one year after its direct public offering years ago. The process of preparing for a Mini-IPO can act as a dry-run to gear up for a full listing on a public stock exchange. In addition, companies that pursue a $20 million+ Mini-IPO can potentially list on the NASDAQ immediately or alternatively just need to file a one page form in order to list on a major exchange down the line.

Title IV (Regulation A+) improves the provisions of the former Regulation A by raising the maximum size from $5 million to $50 million dollars and by eliminating the requirement to receive approval from each state for $20 million+ Tier II offerings. The process of preparing for a Mini-IPO is significantly more burdensome than raising capital privately so will only make sense for companies that are raising at least $3 million. Furthermore, certain companies will be turned off by the requirements to file public information with the SEC, to get reviewed or audited, or to handleongoing reporting requirements (for $20-$50 million offerings). But for the right high-growth, consumer-facing company, the Mini-IPO could become an exciting new way to tap into a loyal customer base.

Ryan Feit is CEO and cofounder of SeedInvest, an equity crowdfunding platform. Prior to founding SeedInvest, he worked at Wellspring Capital Management and Lehman Brothers in New York City, where he invested in, financed, and managed dozens of private and public businesses. Ryan was instrumental in the passage of the 2012 JOBS Act, which changed 80-year-old U.S. securities laws to make it possible for entrepreneurs to raise capital over the Internet.