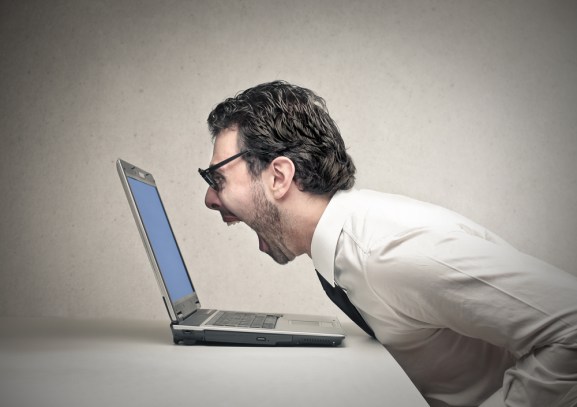 I'm mad as hell, and I'm not going to take it any more!

You don’t hear it said too often anymore, but there was once a time not long ago when advocates of social media talked about how it would bring us all together. They told us to “engage in the conversation” and explained how powerful it was that anyone could “talk” with anyone else across the world. This new global discussion was supposed to foster dialogue that would educate us all and help us see each other as humans.

Clearly it didn’t turn out that way.

Outrage is viral, outrage is easy, and with anonymity — or at least distance — screaming your outrage on social media or even launching personal attacks carries no consequences. Expressing outrage makes people feel good, allowing them to believe they are doing something to bring attention to things they think are problems. Outrage often masquerades as strength and action, and requires no admission of vulnerability or weakness. Outrage sells pageviews. And outrage is the easiest emotion to elicit.

Think about how social media platforms are designed. They are often anonymous, allowing people to yell, scream, and name call, all while remaining safe in hiding. Even when anonymity is not allowed, the physical distance between participants means nobody has to ever face one another.

The short message nature of many of the platforms also serve to discourage in-depth conversations while being perfectly designed for expressing outrage. Consider Twitter’s 140 character limit. It’s virtually impossible to have an intelligent debate in 140 characters, but the format works just fine for name calling, ad hominem attacks, and expressing outrage. Add in the fact that it is largely anonymous, and allows anyone to address anyone else, and you have a nearly perfect platform for outrage and bullying.

Compare social media conversations to real life conversations. What percentage of the people who tweet nasty things at celebrities, or even at other regular people with whom they disagree, would say these things to their face? Maybe one percent?

The end result of all of this outrage is that valuable, well reasoned conversations disappear from social media. As Sam Altman of Y-Combinator said recently, “Most smart people I know have decided to just not discuss anything sensitive because of the Internet lynch mob looking for any slight mistake.” Fittingly, in reply to his tweet, some people attacked Altman for what they viewed as his insensitive use of the word “lynch mob” while others accused those leaving the public conversation of being cowards — essentially they were outraged that outrage is driving the reasonable people away.

As outrage has come to be the dominant culture of social media, what started as a way to connect people has largely become a way to attack people or simply express anger. Like a giant dysfunctional family consumed with animosity and who thinks yelling is the appropriate way to communicate, social media interactions are far more likely to consist of expressions of outrage, accusations, and name calling instead of conversations. Ultimately, what was supposed to bring us together is serving to drive us apart.