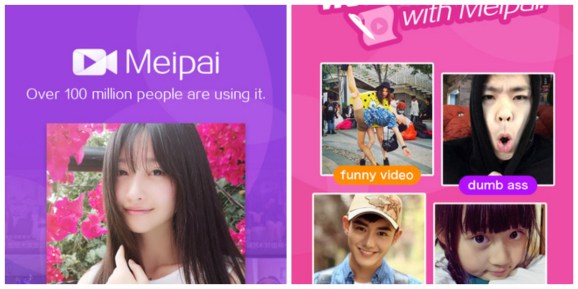 For all of our fixation on the latest feature or app or whatever burbling out of some drunken Silicon Valley hackathon, it’s easy to forget that developers in major markets like India and China are building some monster successes in their home markets.

Of course, those markets are so big and so new they can afford to just focus on them domestically to build huge audiences. The result is some hugely popular apps the rest of us have never heard about.

The most recent one to catch my eye: Meipai, a video editing app that has 100 million users in China just eight months after its launch.

Facebook’s chief product officer Chris Cox mentioned the app today during a keynote at the Cannes Lions International Festival of Creativity. He was trying to make a point about how there are a growing number of tools that are letting people be more creative and expressive in their content creation.

He cited Meipai, calling it the “Instagram for video.”

Curious, I downloaded the app after his talk.

The app is made by China’s Meitu, a photo app developer that overall has more than 800 million users, according to Technode.

Meitu launched Meipai eight months ago, and already it has 100 millions users. And, according to Technode, that includes 5 million daily active users who are uploading an average of 950,000 videos per day.

As the comparison to Instagram would suggest, it’s pretty easy to set up and use. You pick a video, or shoot one in the app, and then you can select from different filters and add music from a library.

While Meipai is promoted as a video app, in fact you can upload up to six photos to create a slide show, which is what I did and then shared it to Instagram:

It’s interesting to note while Facebook is not available in China, users can nonetheless create their account using a Facebook login button. And when the video is done, there are four sharing options. Three of them are Chinese social networking services — and the other is Facebook.

The app saves the video to your phone, so I uploaded it directly to Instagram and Twitter just to see if I could. It worked.

For now, Meitu seems content to just focus on apps in China. But most of the instructions in Meipai were in English, so it doesn’t seem like there would be a huge hurdle to people using it elsewhere.

It raises the interesting prospect for me of what will happen when Chinese app developers finally decide to start thinking globally in terms of their audience and target U.S. smartphone users as well.