Startup Slack today announced that more than 1.1 million people use its team communication application every day. That’s up from 750,000 in April, when Slack announced a $160 million funding round.

Slack is currently generating more than $25 million in annual recurring revenue, according to a statement. The figure has doubled since February, when it was $12 million.

The growth statistics are impressive, considering that the Slack app launched just 16 months ago. 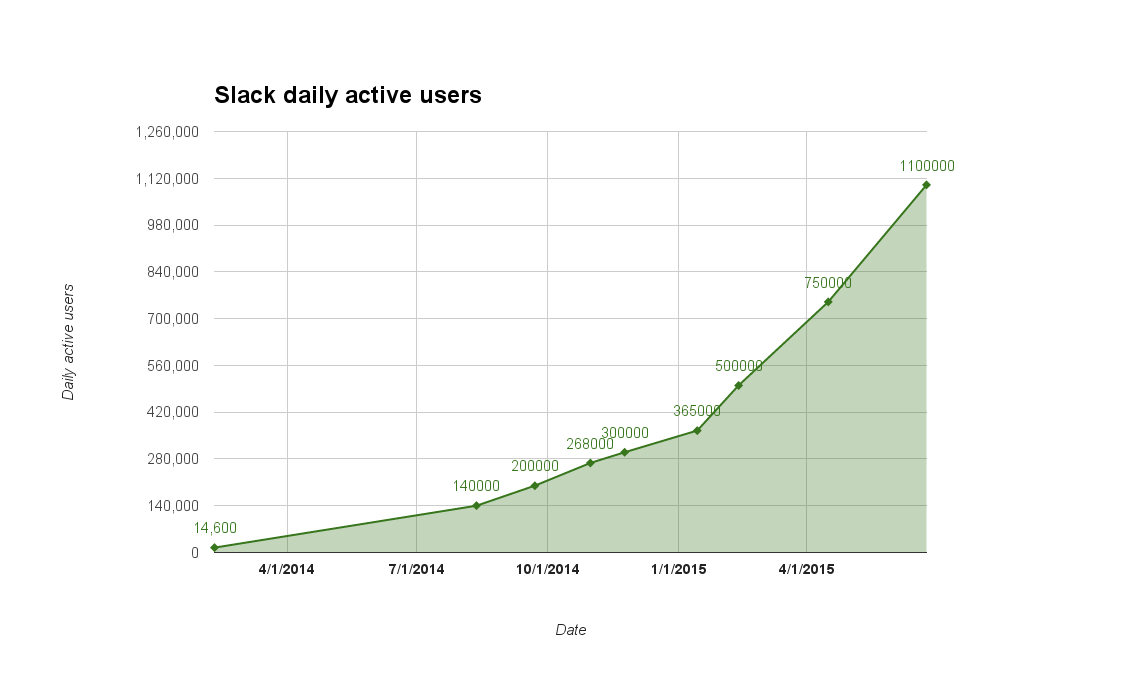 Above: A chart of Slack’s daily active user growth. The numbers come from media articles.

Of course, San Francisco-based Slack wants to keep growing. To that end, Slack has hired April Underwood as its new head of platform. Underwood spent five years at Twitter and left in February as the social media company’s director of product. Now she’ll focus on developer relations, application programming interface (API) integrations, and partnerships at Slack.

Speaking of integrations, Slack users are setting up more and more of them. Teams have set up more than 900,000 now. There were than 800,000 integrations in February.

And hey, the company is making progress in another way. Last month Slack cofounder and chief technology officer Cal Henderson pointed out to VentureBeat that the Slack homepage “more or less hasn’t changed since the day we launched. You can visit the homepage of Slack and it won’t tell you what it is.” This week, that finally changed. A fresh new homepage now shows off several key features.