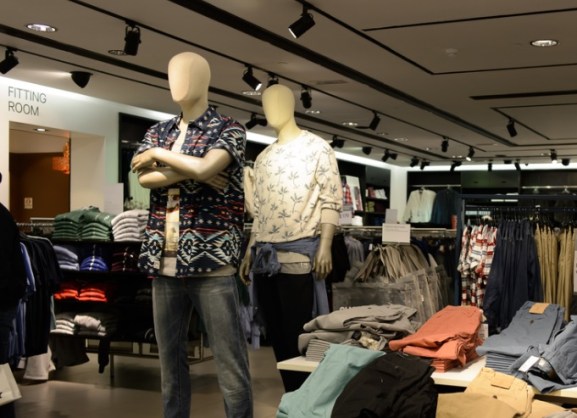 Sears, one of the truly iconic American companies has reportedly come upon tough times.

Built on a foundation of catalogs, endless assortment, and loyal consumers, Sears has been hit by the fickle whims of an “on-demand” generation. And remember, Sears isn’t just the familiar department store at the neighborhood mall – Sears is Craftsman, DieHard, Kenmore, Joe Boxer, Kmart, and more.

But don’t count the retail giant out just yet.

Though Sears may seem to be on a decline, it actually has much in common with a company that seems to only be rising: Amazon. Both sell many of the same everyday products and both have tremendous, unrivaled access to the consumer. Actually, despite its troubles, Sears may still be one of the most powerful companies in America and in the perfect position to crush – yes, crush – Amazon.

Rumors are flying that Amazon is looking to expand into brick and mortar locations, maybe even buy Radio Shack locations or a chain of gas stations. Why? Now that Amazon has raised our expectations for super-fast delivery, it’s going to need local warehouses nationwide to deliver on these “on-demand” promises.

Yet Sears, the old school retail giant, already has these well-positioned assets. Moreover, it has them in nearly every region across the United States.

Lacking the scope of local real estate that Sears already possesses, Amazon is actually losing billions on shipping each year. And as its market share grows, this number is growing – not shrinking as originally expected. In 2014, Amazon’s shipping expenses rose 31 percent to $8.7 billion, exceeding even the impressive 20 percent bump in sales the e-commerce giant enjoyed. Amazon can’t continue to lose money on shipping forever.

But Sears still has a way to go towards fulfilling this vision of retail rejuvenation. Despite having brick-and-mortar stores all over the U.S., the company has thus far failed to take advantage of its sprawl by combining the benefits of ubiquitous storefronts and a strong online e-commerce presence to make the shopping and delivery processes better for customers.

Case in point: A few weeks ago I visited Sears.com and Kmart.com and searched for an iPhone charger. Mine was broken and I needed a new one ASAP.

What I found boggled my mind. There is a Kmart less than a mile from my office and a Sears about five miles down the road. In both outlets, the charger was in town and in stock, but they couldn’t get it to me when I needed it.

I found that without a “Shop Your Way Max” membership (Sears’ version of the renowned Amazon Prime service), it takes about eight days to get most items. Or, I could have just gone and picked up the item myself. Now, I don’t know about you, but I’d rather wait eight days than wait in line at a Kmart to pick up a purchase.

I could have gotten Amazon to deliver the charger in two days, but my phone would have died in that time, so what good is two-day shipping? Even Amazon recognizes that two-day shipping isn’t good enough for many purchases, which is exactly why it’s trying to position mini-warehouses even closer to me and you.

In fact, Sears competitors and department store legends Macy’s and Nordstrom have already invested billions into successfully leveraging their brick and mortar stores to improve product access on their mobile and web applications. The result? Both stores are delivering superior earnings growth. To be fair, Macy’s has aggressively closed underperforming stores and is in the process of constructing a massive distribution center in Tulsa and relocating to a larger facility in Sacramento. But these are exactly the types of moves that retailers must make in order to meet consumer demand. The same moves Sears must make to not just survive but thrive.

The bottom line: What both Sears and Amazon have failed to master is distribution, and that is exactly what could send each company soaring … or speed its demise. And the great irony is, in order to solve this watershed issue, these companies are taking steps to become one another: Amazon is dumping cash into buying more physical distribution space, and Sears has invested significant cash into selling online.

But Sears hasn’t yet reached the sweet spot for selling online, due in large part to poor shipping options. And Amazon still can’t sell or ship locally in most places, so it remains at risk for losses due to suboptimal shipping processes. Many other giants like Walmart – historically the logistics maven in the sector – are facing the same challenges.

If Sears could only work out its shipping issues, it would be in a better position to dominate retail sales than Amazon, because it already has warehouses in every town in America.

Macy’s and Nordstrom are paving the way to a successful clicks and bricks model. But Sears is well-positioned to do that on the grandest scale yet.

Jeremy Bodenhamer is cofounder and CEO of ShipHawk.