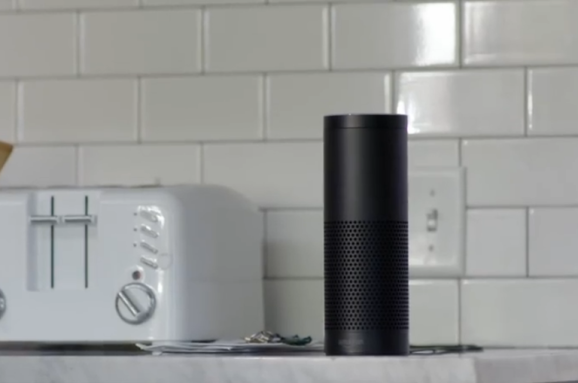 Amazon has launched a new software developer kit for Alexa, the cloud-based “brains” behind its voice-activated Amazon Echo device. The Alexa Skills Kit (ASK) offers application program interfaces and other tools for developers to build new capabilities for Alexa.

The Amazon Echo taps the Internet of Things concept of ubiquitous computing and smart homes, letting you control lights and switches using your voice. But you will need to buy other devices to actually execute the tasks, such as the Belkin WeMo Switch, which costs $43, or the WeMo Insight Switch and Light Switch. The Echo also works as a hands-free, always-on personal assistant that answers your questions on things like traffic, weather, and other information that can be found on the Internet.

Earlier this week, Amazon announced that the Echo is now open for preorders to anyone in the U.S. for $180, but won’t ship to buyers until July 14. This came after an invite-only period that kicked off last November.

By opening things to the wider developer community, Amazon wants to make the Echo more useful in itself, as Alexa will become more skilled and competent as a virtual assistant. “No experience with speech recognition or natural language understanding is required,” said Amazon in a press release. “Amazon does all the work to hear, understand, and process the customer’s spoken request so a developer doesn’t have to.”

Completing the triumvirate of Echo-related news today, Amazon has also announced a new $100 million Alexa Fund, which seeks to invest in developers, manufacturers, and startups who are “passionate about creating new experiences designed around the human voice.” The fund is open to anyone, Amazon said, who has an “innovative idea for how voice technology can improve customers’ lives.”

The upshot of these announcements is that companies and developers can now build bridges between their own apps and the Echo, while hardware manufacturers can also build Alexa directly into their own products.

So what kinds of things could you build with the ASK? According to Amazon, this could be letting a parent program Alexa to access their kids’ school lunch menus, so they can ask Alexa each morning what the children will be eating that day. Or a manufacturer that offers connected sprinkler systems could unleash Alexa in gardens, letting people ask to water their lawn for 10 minutes.

The free ASK developer preview is available now, while the AVS will be available next month. The first new capabilities from third-party developers using the ASK will be made available later this year.