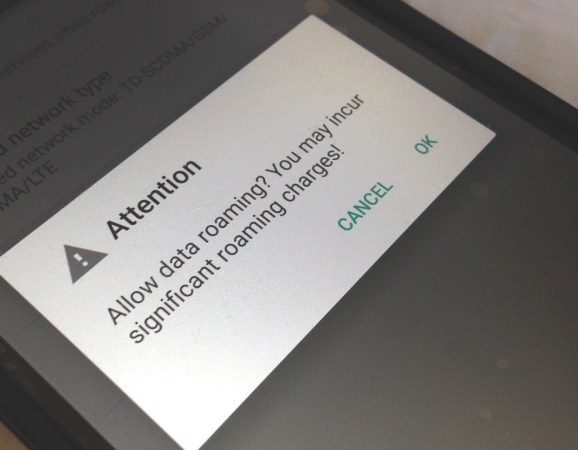 Europe has finally brought some clarity to the seemingly elusive end to mobile roaming charges across the continent.

The European Commission has revealed that roaming charges will be abolished across the European Union (E.U.) by June 15, 2017, meaning that residents will pay the same for texts, calls, and mobile Internet wherever they travel in the 28 constituent E.U. states.

The move has been mooted for a while, with plans originally indicating roaming charges would be phased out by December 2015. However, individual governments across the E.U. challenged the European Parliament and European Commission on its plans, arguing that the status quo should remain until the end of 2018, after which another review could take place.

As things stand, consumers traveling outside their home country pay additional fees on top of their usual contract. These are capped, however, to €0.20 ($0.30) per MB of data, €0.19 ($0.29) per minute for making calls, €0.05 ($0.15) for receiving calls, and €0.06 ($0.16) for sending text messages. And some mobile networks offer customers an inclusive roaming allowance for a small fee as part of their contract.

So while roaming generally isn’t extortionate within Europe — assuming you don’t download entire movies — the latest move seeks to bring transparency and consistency to the fray. The move also fits in with the E.U.’s broader vision of a single digital market unencumbered by 28 different legislative frameworks.

But the move towards a single roaming territory also opens up the potential for abuse. Some countries are cheaper than others within Europe, so this could mean that travelers buy a SIM card in a cheaper country and use it permanently in their more expensive home country. This is why a fair-use safeguard has been put in place, to prevent so-called “permanent roaming.” Details of what the upper limit is hasn’t been revealed, but we do know that once that limit has been reached, a “small basic fee can be charged” by the operator.

Though European travelers will have to wait another two years for this change to come into effect, from April 2016 the E.U. will be forcing down the current caps that are in place to €0.05 per MB of data, €0.05 per minute for calls, and €0.02 per text message. So basically, it will be 25 percent cheaper for data and calls made starting in April.

It’s also worth noting here that the above political agreement is still not 100 percent set in stone, as it still has to be approved by the European Parliament and the Council. However, the plans have been endorsed by the member states, so it’s hoped that the remaining hurdles will be mere formalities.

In related news today, the E.U is also looking to “protect the right of every European to access Internet content, without discrimination.” An agreement has been reached to enshrine the principles of net neutrality into European law, meaning Internet services providers won’t be allowed to block or “throttle” content, applications, or services and charge companies or individuals more money to restore parity. So, small and large companies can compete more effectively, with no paid-prioritization available to services with higher traffic, for example.

That all said, the Commission is leaving enough wiggle room in the legislation to cater for “specialized” or “innovative” services, such as Internet TV (e.g. video streaming), high-definition video conferencing, and health care services such as telesurgery.

“They use the Internet protocol and the same access network but require a significant improvement in quality or the possibility to guarantee some technical requirements to their end-users that cannot be ensured in the best-effort open Internet,” stated the Commission. “The possibility to provide innovative services with enhanced quality of service is crucial for European start-ups and will boost online innovation in Europe. However, such services must not be sold as a substitute for the open Internet access, they come on top of it.”

Thus far, laws across the 28 E.U. countries have been fuzzy, but with Europe moving towards its goal of a single digital market, today’s news should reduce fragmentation within telecom law and lead to simpler, Europe-wide legislation. But it remains to be seen how Internet service providers will interpret the new net neutrality regulations — we can be pretty certain that companies will try to push the boundaries of a “two-tiered” Internet to the limit.

These rules are expected to come into effect across all member states by April 30, 2016.