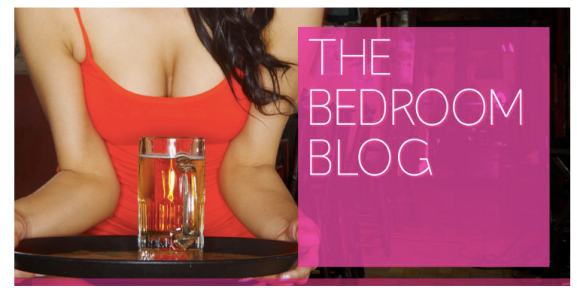 When Carter kissed me, it wasn’t for a brief moment. It was a kiss that carried us from one hot moment against the painting, my hands dipping underneath his pajama pants and sliding around, gripping his hard ass. It was a kiss where he growled my name and wrapped his hands around my waist, picking me up and carrying me to the wooden farm table, setting me on its surface, his hands busy as they yanked my shirtdress out from underneath my butt and pulled the thin fabric up and over my head.

OK, so Carter didn’t kiss me. That’s an excerpt from a post by “Chloe,” the author of Cosmopolitan.com’s “Bedroom Blog.” Hot, right?

Now steamy scenes like that will be appearing in Wattpad thanks to a content partnership the Toronto-based startup is announcing with Cosmopolitan.com.

Wattpad is a content-creation and content-sharing app now used by more than 40 million people per month, about 16 million of whom are teenagers, according to chief executive Allen Lau.

Cosmopolitan.com is, of course, the website for Cosmopolitan magazine, itself a reliable source of practical sex and beauty tips since the transformative leadership of Helen Gurley Brown from 1965 to 1997.

With this partnership, the two companies will be swapping content in both directions. Articles from Cosmo — including the Bedroom Blog’s posts — will appear within Wattpad’s reading interface. And Wattpad authors will have the opportunity for stories they write within the app to be republished on Cosmopolitan.com, potentially bringing them a much wider (and more glamorous) audience. All they have to do is tag their stories #CosmoReads for the chance to be selected for republication.

This isn’t the first brand partnership for Wattpad. It has also done promotions with Mondelez, Unilever, and Paramount Pictures, among others, where Wattpad writers’ work can, if selected, be featured in branding campaigns.

There is a little bit of a disconnect between the audiences in this partnership, however. Wattpad is heavily used by teens, while Cosmo — well, I don’t know who actually reads Cosmo any more, but its site reaches 35 million people monthly, and its stories are clearly written for grownups.

Wattpad is awesome: It transformed my 14-year-old daughter from a reader of crappy One Direction fanfic to a vocal critic of said fanfic, and, lately, to a writer of her own romance novels. Along the way she has written and shared tens of thousands of words, receiving tons of constructive criticism from other readers and writers, and vastly improving her own writing. It’s a story that Lau says is pretty common: Parents often tell him that their children’s grades improved after they became Wattpad fans. That makes sense: The best way to become a better writer is to write, a lot — and ideally for an audience that will give you constructive feedback.

But it might trouble some of those parents to learn that, along with the One Direction fanfic, their children are now reading about Chloe’s hookups with her building superintendent.

On the other hand, maybe that’s not so different from the fanfic at the end of the day.