If you’re looking for a sales job at Tesla, you might consider going through Jobsuitors. The electric car company is using the recruiting app to source positions for its U.S. sales team.

Jobsuitors wants to be the one-stop-shop for startups on the hunt for workers. So this is just the latest win for Jobsuitors, a recruitment tool that uses dating site technology as a model for matching job seekers with an employer. Recently, former OkCupid chief technology officer Tom Quisel joined the company’s board. Also, earlier this month, Jobsuitors signed a deal with coworking space AlleyNYC to put job listings from the companies it represents on Jobsuitors. Since launching in January, Jobsuitors has accrued 40 companies on its network. Now it plans to add more premium tech brands to its site.

To make matches, Jobsuitors asks both applicants and employers to fill out an extensive application. Questions include: What skills do you have? What skills do you want to learn? What are skills you don’t want to use? Jobsuitors’ registration form also asks about your level of happiness at each of your previous jobs as well as the kind of hours you’re looking to keep at your next one. Employers are asked to give insight into company culture and to be specific about most desired traits.

The goal is to find out as much about a person’s personality and where they are in their life as it does about a person’s skills. Once the site has all the information, it ranks a jobseeker’s compatibility with available positions on a 0-100 scale. Employers in turn get a list of applicants with a compatibility ranking. Jobsuitors also let’s you chat directly with a job candidate or prospective employer. 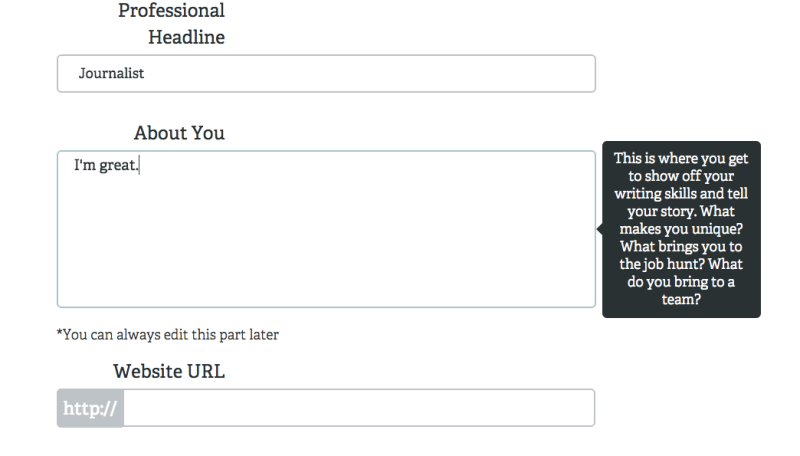 But Jobsuitors may find itself in serious competition. In the last five years, job recruitment tech companies have exploded. And Jobsuitors isn’t the first hiring app to morph dating tech into a recruitment tool. For example, Switch uses a Tinder-like interface that allows job seekers and employers to swipe right or left to make a match. Another company using algorithms to fill open jobs with the right candidate is Poacht, which matches people who are not actively looking for new work with open jobs. There’s also Jobr, RealMatch, Shortlist, Whitetruffle, and a whole slew of others. And those are just apps that feature matching technology.

Talent acquisition technology a nearly $25 billion industry, according to research firm Talent Tech Labs, which is tracks 900 such companies.

Despite market saturation, Jobsuitors is finding an audience. It landed Tesla, after all. Its success likely has as much to do with its technology as it does with its cofounder, Steve Dean.

When I first met Dean, he had just procured an intern from a Tinder date. “My official thing is coworking dates only. Like that’s my first date every time, no matter what, is coworking,” he said. Coworking is an ideal way to figure out a person’s “priority stack” without anyone having to put all their cards on the table, he added. 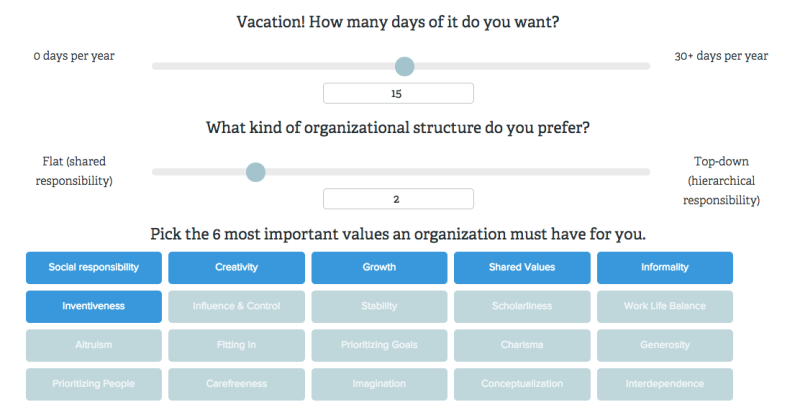 “Priority stack,” is a term that Dean uses frequently to describe what is most important to a person at that moment in their life; it’s also the basis for Jobsuitors. He says dating sites would deliver better results if people were explicit about what they want from a potential partner and what their priorities are. Applied to talent acquisition, he believes he can analyze what’s most important to a person (and an employer) and better match them to one another. For employers a better match can mean an employee will stay on for longer, cutting down annual training costs.

Dean’s maniacal commitment to his own philosophies on human relationships is at the core of what drives his technology. When Jobsuitors was on boarding its first customers, Dean himself trained employers on how to fill out Jobsuitors registration to deliver the best results. Since then he’s worked much of that training into the application’s user experience. The tweaked UI seems to be working, Jobsuitors delivered its first completely automated hire three weeks ago.

“The first screening step on both sides is ripe for automation. A better system might look like a filterable list of employees or job openings, sorted and scored on goodness of fit based on your preferences. This is exactly what Jobsuitors is doing,” says Jobsuitors new board member, Tom Quisel.

Jobsuitors is in the process of raising $1 million round of funding. Now that it has Tesla on its roster, the company is looking to get other high-profile tech companies and startups on board and that means expanding its team.

Update: The story has been amended to reflect the correct spelling of former OkCupid CTO Tom Quisel. A previous version of this article referred to him at Mike Quisel. Also, Steve Dean is a cofounder of Jobsuitors, not CEO.