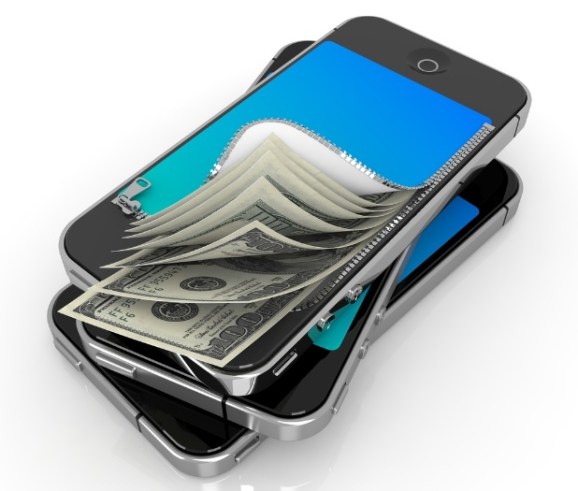 In June 2015, MEF launched its third annual Global Mobile Money report which studied 15,000 mobile users across 15 countries. Unsurprisingly, the headline statistics are that mobile banking and mobile commerce continue to grow. Sixty-nine percent of mobile media users carried out a banking activity via mobile, while 66 percent have carried out some form of transaction.

On the whole, developed markets already have the device penetration and the infrastructure in place to support sophisticated mobile transactions between individuals, as well as between consumers and financial institutions — with NFC payments opening up the opportunity for mobile transactions in-store.

Convenience and immediacy are the key drivers for the majority of developed markets, although there is no uniformity and no one size fits all. As such, a host of mobile money propositions like carrier billing are still highly relevant to consumers with no credit cards or as a convenient way of purchasing apps in app stores and online content.

What’s also interesting with the growing NFC option is how retailers are using mobile money alongside other key retail elements like loyalty, offers, and rewards to remain relevant on the high street. A case in point is Starbucks’ proprietary payment app, which is processing in excess of eight million mobile transactions a week from 16 million users. Notably, it automatically registers loyalty points on the user’s device when each transaction is completed.

In mobile-first markets, that picture is very different. As has been commonly cited, services such as Mpesa and Fundamo have unleashed a mobile money revolution across countries in Africa and Asia. With large sections of the population unbanked yet actively using feature phones to access mobile money services and pay for physical goods, bill payments, transferring money P2P, or accessing digital goods and services continue to dominate.

Mobile money usage in mobile first countries has leapfrogged established economies and is fast becoming the norm. On top of that, the acceleration of smartphones in these countries has already created a host of additional mobile opportunities that are disrupting banking and retail. For example, mobile banking activity in Indonesia was cited by 80 percent of respondents, in Nigeria 85 percent, and in Kenya an incredible 93 percent of all respondents.

The report also shows that in-store proximity payment is still a relatively small part of the mobile money pie. With the launch of Samsung Pay and, more recently, Android Pay, and with Apple recently announcing its expansion plans for Apple Pay, this is no doubt about to change.

With so many different models and usage patterns, MEF’s 2015 report has identified nine global mobile money drivers and trends leading the way:

1. In-store payments, while negligible today, are indicative of what’s to come. Twelve percent of people have made a proximity payment in the last six months. Four percent have done so via NFC contactless, while seven percent paid using a merchant’s ”plug and play” or mobile point-of-service device. Another five percent said they paid via a mobile loyalty card scheme such as the Starbucks mobile app.

3. Social is the future of commerce. The impact on how mobile is used for social media services is significant, with 24 percent of feature phone users and 15 percent of smartphone users indicating that a social media page is already their number one destination for mobile commerce.

4. Lack of consumer trust threatens the progress of mobile money. Thirty-four percent of consumers place security at the top of their concerns. Eleven percent “don’t trust the security” of mobile money, nine percent fear giving away too much private information, eight percent say the systems are not secure, and six percent don’t trust the merchant.

5. Consumers turn to messaging apps as the new shop windows. Fifty-six percent of respondents prefer making purchases from within an app to making them on a mobile web site.

With consumers spending a huge amount of time inside messaging apps, some observers believe messaging will be the next natural home of commerce on a phone. Some of these services already double as commerce channels. Messaging apps such as Line, in the Asia Pacific region, allow users to connect their messaging accounts with a credit card. Then they can move money to friends or buy items at selected stores.

6. Second screening becomes a shopping opportunity. Nintey-four percent of respondents agree they use another form of media while browsing on their phones, with TV the most popular at 42 percent.

Fourteen percent of those second screeners said they were engaged in shopping or commerce, while 32 percent said they were looking for information relating to the same content.

7. The reinvention of the high street. Fifty-eight percent of respondents said they had ”found something they wanted to buy while surfing on a mobile and then bought it in a shop.” Interestingly, exactly the same number had engaged in showrooming, with 28 percent brazenly making a mobile purchase while in the store.

8. How banking services are being adopted. Sixty-nine percent of mobile users currently do some form of banking on the their phones. The biggest activity is still the most basic: 28 percent check their balances. But a rising number perform more sophisticated actions such as transferring funds between accounts (18 percent), sending money to someone else (16 percent), and applying for a loan (9 percent).

9. Seamless authentication and convenience matter. Thirty-two percent of consumers indicated that mobile money was ”convenient,” showing how highly people value speed and immediacy when making a purchase. Payment providers are all too aware of the requirement to make services as friction-free as possible. Perhaps fingerprints offer the solution. For many, they represent the best opportunity to reduce a purchase to one action. Apple already supports this process for iTunes transactions. And in summer 2014, it made its TouchID APIs available to third parties so that iPhone owners can log into their favorite apps with one finger press.

As yet, the function is restricted to access rather than payment (i.e. you can’t pay from within an app using TouchID). However, with the advent of Apple Pay, this next stage is perhaps inevitable.