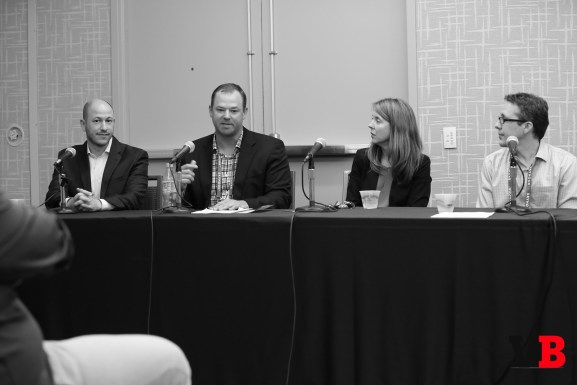 App fatigue is real, and in some cases, an app doesn’t even make sense.

At a time when many companies remain laser-focused on getting people to download their apps, some companies have found that in the real world, the app is just one tool in the box, and not right for all customers all the time.

John Bollen of MGM Resorts said it well: “When you hear people say, ‘What’s your mobile strategy?’ you automatically think they’re talking about native apps, but for us it means the mobile Web.”

Many of Bollen’s customers come to Las Vegas only once or twice a year and have no desire to carry an app around on their phone screen year round. For them, the mobile Web is enough.

“Mobile is a single touchpoint in the many ways we interact with our customers,” Bollen said, speaking at the MobileBeat conference today in San Francisco. “We have all these windows and touchpoints we have to manage. We look at all touchpoints — we have 34 that we define — and the app is just one of the many touchpoints we manage.”

This doesn’t mean plenty of companies aren’t benefitting from their apps.

Robin Joy of DocuSign said her company uses its mobile app for acquiring customers outside the U.S. In the U.S. it’s not the main means of capturing new customers, but in other countries it is, she says.

For CBS Interactive, the app is an important means of premium or bonus content for hardcore fans. “For us, storytelling is very literal,” says CBS’s Rob Gelick. “People are coming to [CBS digital properties] for things they would normally go to the television for.”

Gelick said the CBS app is important because it’s a place to deliver video content to mobile users with minimal security or piracy risk.

Gelick added that mobile is all about figuring out the frequency at which people want to receive information from a brand. For people who want to interact frequently, the app might be the answer. But people who want or need less contact with a brand, the mobile Web might be best.