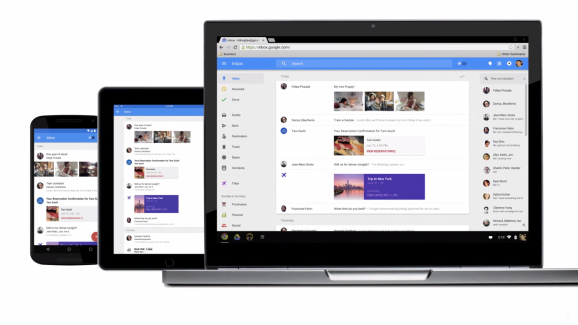 Google today announced a sweet little update to its Inbox email client. Now you can snooze an email — to make it pop up again in the future — at a time that’s more convenient.

For instance, if you get an email about a restaurant reservation, under the Someday section of the snooze menu you can now hit the option “Hour before reservation.” The feature is also optimized for calendar invitations, flight confirmations, hotel reservations, rental car reservations, concert tickets, and updates on shipments, product manager Vijay Umapathy wrote in a blog post today on the Inbox update.

Here’s an animated GIF of the updated snooze function:

Above: The new and improved snooze feature in Inbox by Gmail.

The new and improved snooze feature demonstrates how smart Google is getting when it comes to dealing with email. Gmail launched way back in 2004, and it has accumulated more than 900 million active users. (Imagine how many emails people have sent and received on Gmail!) With all of that information, Google has presumably been able to learn about various types of emails to optimize, and more intelligent reminders are a neat result of that learning.

Google first launched Inbox by Gmail in October. And Googlers have high hopes for the product.

“… [I]n the long run, as we add more features to Inbox and respond to user feedback, we hope that everyone will want to use Inbox instead of Gmail,” lead designer Jason Cornwell wrote in a Reddit AMA session in December.