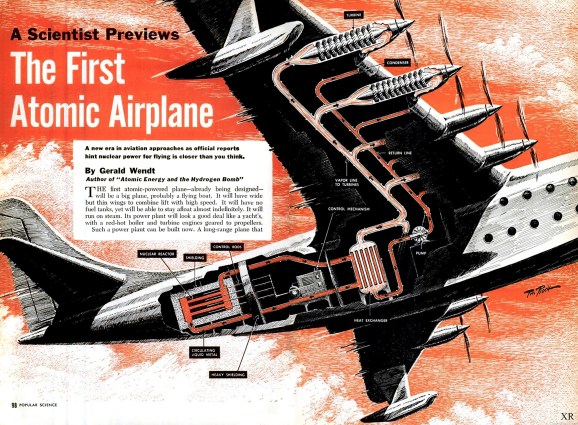 In the 1950s, this might have seemed like the inevitable future of technology. It didn't work out that way (fortunately!).

Technology changes far slower than we usually think it does.

In fact, a pretty-good technology that achieves widespread acceptance has a way of sticking around for years, even decades. Just look at how many people still listen to AM radio, buy CDs at concerts, or drive cars with internal combustion engines and four wheels.

Or, as Twilio co-founder and CEO Jeff Lawson told me in this week’s “What to Think” podcast, look at the way telephone technology has evolved over the past century and a half. Yes, we’ve added some pretty snazzy new features, like cellular data and VoIP calling. But the underlying infrastructure is, in some ways, much the same. Your fancy iPhone still has a touch-pad dialer for connecting you to the telephone network, and that dialer is basically a digital representation of something that has existed since the 1960s.

The persistence of old-but-acceptable technology has some big implications for the future of the Web. After all, the Web is hardly cutting-edge tech. The basic protocol on which the Internet is based, TCP/IP, is over 40 years old. HTTP, the hypertext transfer protocol used to move Web data from server to browser, is about 25 years old. (Yes, both of these protocols have been revised since their early days, but their basic principles are intact.) JavaScript and Adobe Flash, God help us, are both about 20 years old.

So if you’re waiting for a transformative change in how we consume information online, you could be waiting a long time. The Web may be a rickety stack of outdated protocols and standards, but it works, mostly, and it’s free and open to all comers. That, for the past few decades, has proven to be a pretty winning combination.

But will it change as we shift to a mobile-centric era? There are a lot of observers who say that apps are winning out over the mobile Web, and that Web-based standards like HTML5 will become less relevant as we move to proprietary systems for delivering information and communication: Facebook, WhatsApp, Snapchat, WeChat, Vine.

I’m not so sure. I think there are signs that people are becoming frustrated with the limits imposed by these “walled garden” apps. Yes, Facebook’s Instant Articles might be much faster and allow more elegant presentations than a Web page. But how many publishers have actually published on the Facebook platform since its ballyhooed debut two months ago?

I was thinking about this while reading a post by Maciej Cegłowski called Web Design: The First 100 Years, in which he talks about how air travel looked in 1965. That decade was an era of exponential growth in air travel: Humans had only been flying airplanes for about sixty years, and the U.S. and Soviet Union were rapidly expanding their space travel capabilities. If you plotted a line of human transportation speed from 1750 to 1950, it would form an exponential curve. In the near future — a 1960s futurist might think — we would soon be flying on huge, comfortable supersonic jets. And shortly after that, we’d be riding on incredibly fast rockets, then nuclear rockets, and perhaps enjoying near-light speed interstellar travel by the early 2000s.

But it didn’t turn out that way. Supersonic jets turned out to be way too expensive and way too damaging to the ozone layer. Ordinary, high-capacity jets like the Boeing 747 turned out to be good enough, and economical enough, that they became the de facto standard. The models Boeing created in the 1970s form the backbone of the company’s lines today, with very slight differences and enhancements that are mostly invisible to non-experts. In fact, Cegłowski writes, some of today’s planes are actually slower than their 1970s predecessors: The Boeing 787 is slower than the 707.

We might be at a similar inflection point with Internet technologies today. In the past twenty years, we’ve seen enormous changes in the way people access and create information. The wide dispersion of Internet access has brought the world’s knowledge to every corner of the Earth; the shift to mobile devices has put that knowledge literally into the hands of everyone who can afford a cellphone and a monthly contract. Social networks make it easier than ever to connect with like-minded people around the world, and digital maps are shining a clear light into every corner of the Earth, simplifying navigation and enabling armchair travel to the most interesting, remote locations.

Nilay Patel, writing this week in The Verge, pointed this out: The mobile Web sucks, the mobile browsers we use today are, in fact, slower and less capable than desktop browsers of five years ago. Our mobile browsers are more like 787s than Concordes.

Is the answer to app-ify everything, throw out the 20-to-40-year-old technology stack powering the mobile Web, and start over with something much faster, whizzier, and more modern?

I think not, for the simple reason that the mobile stack, flawed as it is, is the best platform we’ve got that isn’t totally controlled by Facebook, Google, or Apple. What we need, as Patel argues, are better browsers for our smartphones. We need, as Cegłowski argues, more widespread access and some decent fonts.

What we need is to stop thinking of the Web as a platform for transformative, exponential innovation. That kind of innovation is still happening in other spheres — like transportation and health care — but not in the Web. Stop expecting media companies, or encyclopedias, to behave like startups. Keep the open standards open, get a few billion more people onto the Web, and see what they come up with.

I bet that will lead to far more profound transformations than any new chat app or publishing platform could.