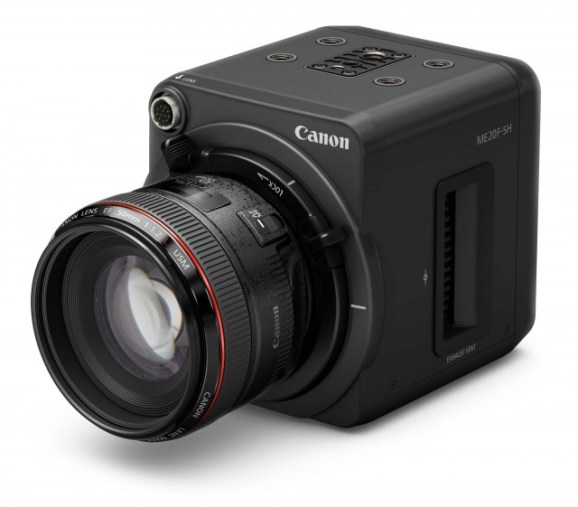 It seems like their latest camera allows us to do just that — the ME20F-SH, a full-frame digital camera, boasts a staggering 4 million maximum ISO.

By comparison, the iPhone 6, which handles low light medium-well for a smartphone, has a maximum ISO of 1,600.

Canon took this camera’s sensor for a test spin back in 2013, and the results were jaw-dropping:

Film & Digital Times has a few more demo shots, but make sure to check these videos for an example of where low-light photography is headed. The camera used in both video clips is a Sony A7S, which has a max ISO value of 409,600 — the reigning champion until this new Canon starts shipping.

The ME20F-SH is ideal for use within specialist applications such as TV productions of nighttime wildlife, deep sea/cave exploration, astronomy and surveillance. The ability to install the camera in a semi-permanent location, with remote control operability also means that for documentary and natural history filmmakers, long term projects and events can be captured with minimum staffing.

Imagine filming a car chase scene in the desert at midnight with no extra lights — even the headlights would be far too bright.

The cost is considerable — estimated at $30,000 — and delivery is expected by the end of this year.