Earlier this year, Amazon announced the Dash Button — a device that lets you order household items with the click of a Wi-Fi-connected button. The announcement arrived on March 31, so you’d be forgiven for thinking it was another lame April Fool’s joke.

Now they’ve arrived, available only to Prime members for $5 each. Diapers, paper towels, trash bags, and (hallelujah) Kraft Macaroni and Cheese are among the first branded buttons available.

The buttons mount with an adhesive strip on the back or clip into a hook. You set up the buttons using Amazon’s app, connect them to your Wi-Fi network, and assign the specific product desired. When you need it, just click. You have thirty minutes to cancel and, no, your toddler won’t accidentally order 100,000 cases of Gillette razor blades by clicking too much.

That’s pretty much it. (If you prefer overkill, click here for a handy fifteen-slide explainer.)

I can’t lie: The kid version of myself would’ve rejoiced at mac and cheese on demand — already one of the most on-demand foods you can (but shouldn’t) put in your body. 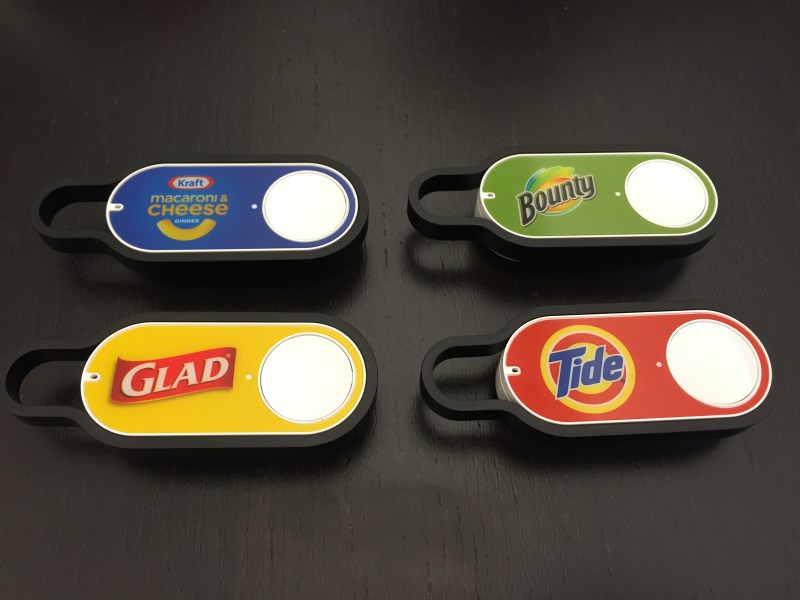 But there are some benefits, I guess. If it helps an overworked mother keep her diaper supply fully stocked, then sure, why not?

There’s no getting around it — this button represents a future we cannot avoid. Though a little silly, the Dash Button is a bump on the road to smart items that replenish themselves — printers, coffee makers, washing machines.

To put it another way, the Dash Button belongs in B.F. Skinner’s operant conditioning chamber. It’s Amazon’s ugly plastic solution to save you from not shopping. At any given time, Amazon wants us somewhere in the orbit of Consuming Stuff, swinging like a pendulum between Having Plenty and Needing More. You might not be strolling an aisle, but you’re perpetually engaged in commerce.

This first phase just reduces that gap to a thin, shallow-sounding click.

Say your dish soap runs out. Was it a good value?

Should you ditch one brand for another, now you’ve got yourself a $5 button that only knows how to buy one thing?

The best Dash Button would be assignable to more than just name-brand household stuff. This would be so much more useful for less-common items like rolls of film or a wall decal of an Asian man.

Using the button in New York City feels particularly stupid. There are at least fifteen places to buy paper towels near my apartment. The thought of somebody in a warehouse putting rolled paper, wrapped in plastic, inside a cardboard box secured with plastic foam is just much too much.

It’s just too much convenience with too little tangible benefit, like tweeting from your fridge. 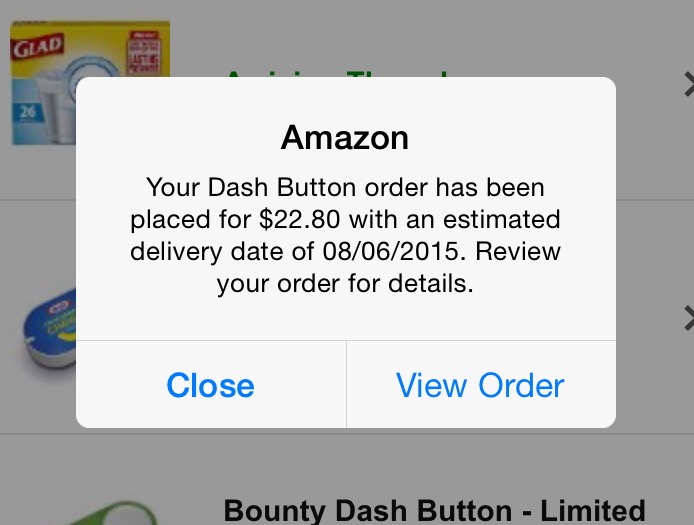