Election fever is sweeping across the United States with everyone super excited about the 2016 elections — wait, that’s more than a year from now. No matter, because it’s clear which of the 22 presidential candidates will do battle in the general election. Right? Wait, who’s running, again?

Okay, if you’re overwhelmed by the number of people already declaring their candidate to be the leader of the country, you’re not alone. It can get a little crazy trying to keep track of who’s running and what their positions are when it comes to the major issues. But ahead of Thursday’s GOP presidential debate, Flipboard is launching its 2016 election cycle channel, which will curate articles around the candidates and issues to help users make more informed decisions — regardless of which side of the political aisle they’re on.

Pulling in support from top publishers like CNN and The Washington Post, along with additional content from its 72 million monthly active users and Flipboard’s News Desk, the platform will aggregate everything to provide content from all perspectives so users can dive deeper into the issues that matter to them.

Content will be chosen based on a mixture of Flipboard’s human curation and the use of an algorithm that will display articles based on variables such as velocity (how popular it is based on number of likes, the source, flips, shares, etc.), and the duration of time someone spends on it.

“We built Election Central to bring insightful political coverage and the best campaign moments together, but more importantly, we also want it to be a very personal place, where the reader can go deep on just what interests them,” says Gaby Schwarz, Flipboard’s news editor.

Accessible on both mobile and Web, Flipboard’s Election Central channel has organized content by issues, such as immigration, marijuana, the threat of ISIS, police and race in America, health care, and free trade, as well as by the candidates themselves. The political coverage is powered by CNN and pulls in content from news sources like the Des Moines Register, NBC’s “Meet the Press,” and more.

By diving deeper into each of these sources, users can explore the pros and cons of their chosen subject. Flipboard says that it’s not censoring content and will present an unbiased perspective.

“It’s about letting people form their own opinion and see what’s good or bad about the candidates,” Schwarz told VentureBeat.

Only the race for the White House will be covered by the Election Central channel at this time, but Schwarz says that Senate and Congressional races could be included in the future. And as the current presidential race moves forward, Flipboard is looking to evolve to better reflect what’s happening on the campaign trail, including possibly addressing the national conventions, as well as the primary and general elections. 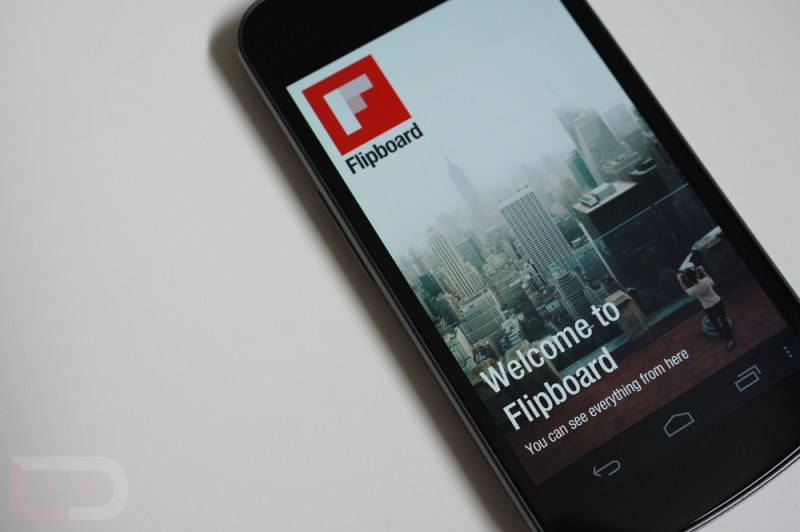 The 2016 Election Central channel is Flipboard’s first foray into creating a destination for all things relating to a single topic. The company says that for something of this caliber with a plethora of information needing to be gathered, it was challenging to find a way to make it more digest-able. “Flipboard is the only place where you can get a full view about what’s going on and go deeper into learning about the people and issues,” says Marci McCue, head of content communications of the company.

And while it’s possible to see this application for other large-scale and complex events such as the Olympics, why hasn’t this been done before? McCue explains that it just wasn’t feasible at first because Flipboard was manually curating sources. The Zite acquisition in 2014 enabled Flipboard to algorithmically source content, resulting in better organized content around thousands of topics. This new channel is a good evolution of the company, especially as it wants to solidify its standing as the leading online magazine platform.

While Flipboard’s election channel is launching to provide information about the different candidates, Schwarz says her company has not reached out to any of the presidential hopefuls, although that could change in the future.

To access the 2016 Election Central channel, go to Flipboard’s mobile app (there’s no need to update it), and under the Explore tab, you’ll see a banner link, or you can search for @2016Election. It also works on the Web as well. The channel will remain updated until December 2016 when the company says it’ll take it offline.