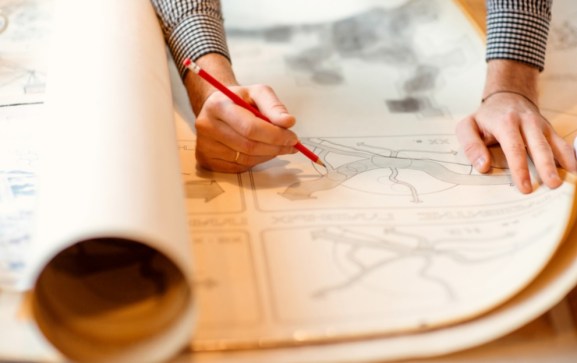 At Stanford University, the most popular course this year apparently isn’t on computer science or engineering. It’s an unconventional offering called Designing Your Life. Juniors and seniors — including many of tomorrow’s brightest entrepreneurs — spend two academic quarters integrating career and life goals into five-year odyssey plans.

For aspiring entrepreneurs, coming up with a career path can feel like staring at a blank page in your book of life. We may know we’re not cut out for the 9-to-5 grind. But authoring a life and career — instead of following someone else’s script — is daunting. My own odyssey began with a simple act and took many unexpected twists and turns along the way.

At 21, I was fresh off a two-year volunteer stint in rural Ecuador and returning to college. After living amidst real poverty, I wanted to improve the lives of others. At the same time, I knew I wasn’t cut out for a normal job. Trading 60 minutes of my time for $8.75 seemed crazy to me. I wanted creative license to build and do.

There are, of course, lots of people out there with the same attitude. (If fact, nearly three-quarters of Millennials feel their jobs aren’t using their real talents.) They want to get paid for their own ideas rather than executing someone else’s. Oftentimes, however, the challenge for future entrepreneurs is getting out of the starting gate.

For me, putting pen to paper did the trick. Back in college, I didn’t have all the details worked out (to put it mildly), but I wrote down my vision and committed to it with friends and family. The rough plan: build a company of my own and make enough money to retire by 30. Then, use my time and resources to try to be useful in the world. I didn’t have all the pieces, but it was a start.

Research shows we have a natural “status quo bias” — a tendency to exaggerate the benefits of the known while overestimating the risks of the unknown. Leaving the comfort and security of the “job” world to strike out into uncharted waters can be paralyzing at first.

Fortunately, serendipity rescued me. It started with a quest to buy a cheap cell phone in college from an independent dealer. I drove such a hard bargain that the seller asked if I wanted to sell phones for him, keeping a $40 cut for every activation. I started playing with the numbers: If I could do two activations per hour and work 10 hours per week, I’d be on track to make $41,600 annually.

Two days later, in the middle of a pitch to a mom with two screaming kids on her outside porch, I had a revelation. Why couldn’t others sell phones for me? I stopped mid-sale and literally ran home. After nearly two days of nonstop work trying to deconstruct the industry, my new business was open for business.

Getting creative with adversity

My favorite metaphor for entrepreneurship is Ernest Shackleton’s doomed 1914 Antarctic expedition. He planned for years — imagining an unprecedented journey across the continent by foot — but got stuck in ice before ever reaching land.

So it went with my life as an entrepreneur. While still in college, I started another company to make voice calls over the Internet, a predecessor of Skype and Vonage. After school, I turned to real estate development, gathering funds for an ambitious $50-million mixed use community. I spent four years of my life growing these businesses. Both ultimately failed. Miserably.

In an effort to make ends meet, I applied for dozens of jobs; no one gave me an interview. Desperate, I spotted an ad on Monster.com for selling credit card processing door-to-door. Basically, if you could fog a mirror, you were hired. I didn’t realize it at the time, but desperation proved to be the catalyst for one of the most critical decisions I made as an entrepreneur.

Having a Harry Potter moment

Credit card processing wasn’t the sexiest industry, but — as it turned out — some of the best business opportunities out there are actually in old, boring and broken fields. On sales calls, I discovered that merchants wanted better credit card technology and customer service, not to mention more honesty and transparency. I ended up starting my own company, called Braintree. When customers began writing us love letters, I knew we were onto something.

There’s something profoundly moving, almost magical, about seeing an idea begin to take on a life of its own — creating something from nothing. With this in mind, I hired a graffiti artist to spray paint a mural in our office: Gandalf from Lord of the Rings on one side; Harry Potter on the other (stories that resonated at the time with my children). Potter’s wand and Gandalf’s staff are exploding with energy. Above, there’s an open book, a floating pen and the word “Dream.”

Rowling and Tolkien used the tool of words to create worlds from blank pages. To me, the beauty and promise of entrepreneurship is that you get to author your world in much the same way. You determine the people you hire, the culture you create, the products you design, and your reason for existence.

In 2013, I sold Braintree to eBay for $800 million. This was my opening to take the next step in the odyssey I’d mapped out at 21. I set aside $100 million and created an investment fund for entrepreneurs focused on some of our most vexing problems and greatest opportunities. With the entrepreneurial tools we have today — from 3D printing and robotics to AI and genomics — we can now author our world in ways that were previously impossible.

I’d argue, however, that innovators working on unraveling our genome and those finding easier ways to do everyday things — like hail a taxi, for instance — are, at root, similar. We’re people who see the world not for what it is but for what it could be. We author our own career path and, in the process, remake the world around us, in a near infinite variety of ways. That’s what it means to me to be an entrepreneur.

Bryan Johnson (@bryan_johnson) is an entrepreneur, investor, and founder of OS Fund, established with $100 million of his personal capital to support inventors and scientists working to benefit humanity by rewriting the operating systems of life. He previously founded payments company Braintree, which he sold to eBay for $800 million.