Firefox 40 for the desktop is available for download now on Firefox.com, and all existing users should be able to upgrade to it automatically. As always, the Android version is trickling out slowly on Google Play.

Mozilla doesn’t break out the exact numbers for Firefox, though the company did say “half a billion people around the world” use the browser. In other words, it’s a major platform that Web developers target — even in a world increasingly dominated by mobile apps.

Before we dive into the desktop and mobile breakdown, we should note that Mozilla said its expanded malware protection applies to all four platforms.

Mozilla credits new developments in Google’s Safe Browsing service, which let the company identify malware downloads as well as warn users about potentially unwanted software. Firefox 39 already extended the monitoring of malicious file downloads to the Mac and Linux versions of Mozilla’s browser (file types that usually contain executable code might be flagged as harmful, at which point the download manager blocks access to the file until the user unblocks it manually).

Firefox 40 goes further by issuing a warning if you visit a page known to contain deceptive software that can make undesirable changes to your computer:

This new security layer is on by default. Users who prefer not to send any data about downloaded files to Google can turn off this feature.

The most important addition to Firefox 40, from Mozilla’s point of view anyway, is “Windows 10 support.” To be clear, earlier versions of the company’s browser worked on Windows 10, but Mozilla is now making it official: Firefox is expected to work on Microsoft’s latest and greatest OS just as well as any of its predecessors.

As seen in the Windows 10 design specs, the differences to Firefox are subtle. The new tab and tab close buttons are slightly larger, and some icons are a little darker. Other changes, like tweaks to the refresh and search icons, have not shown up in Firefox 40.

Mozilla says it has made “thoughtful tweaks to the interface to give Firefox a streamlined feel” and that users should notice “bigger, bolder design elements as well as more space for viewing the Web.”

For reference, here is Firefox 39 on Windows 10: 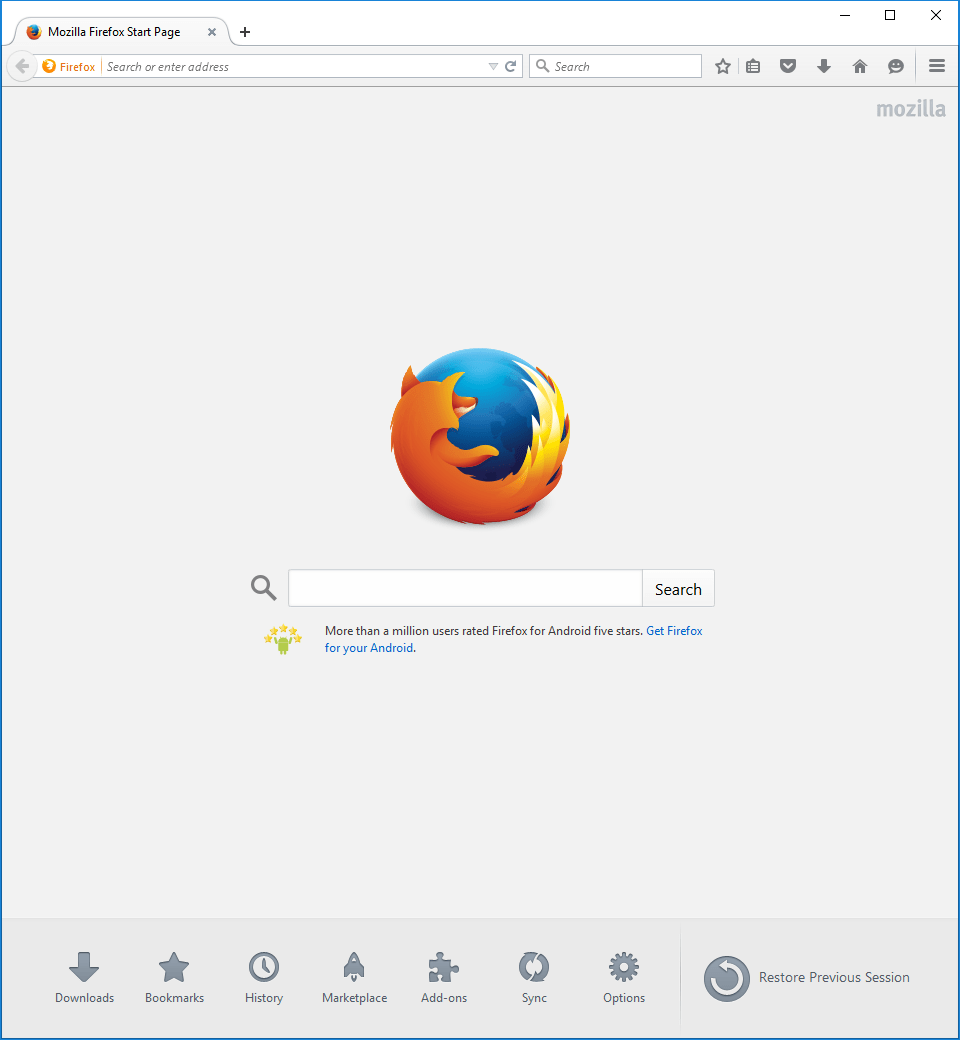 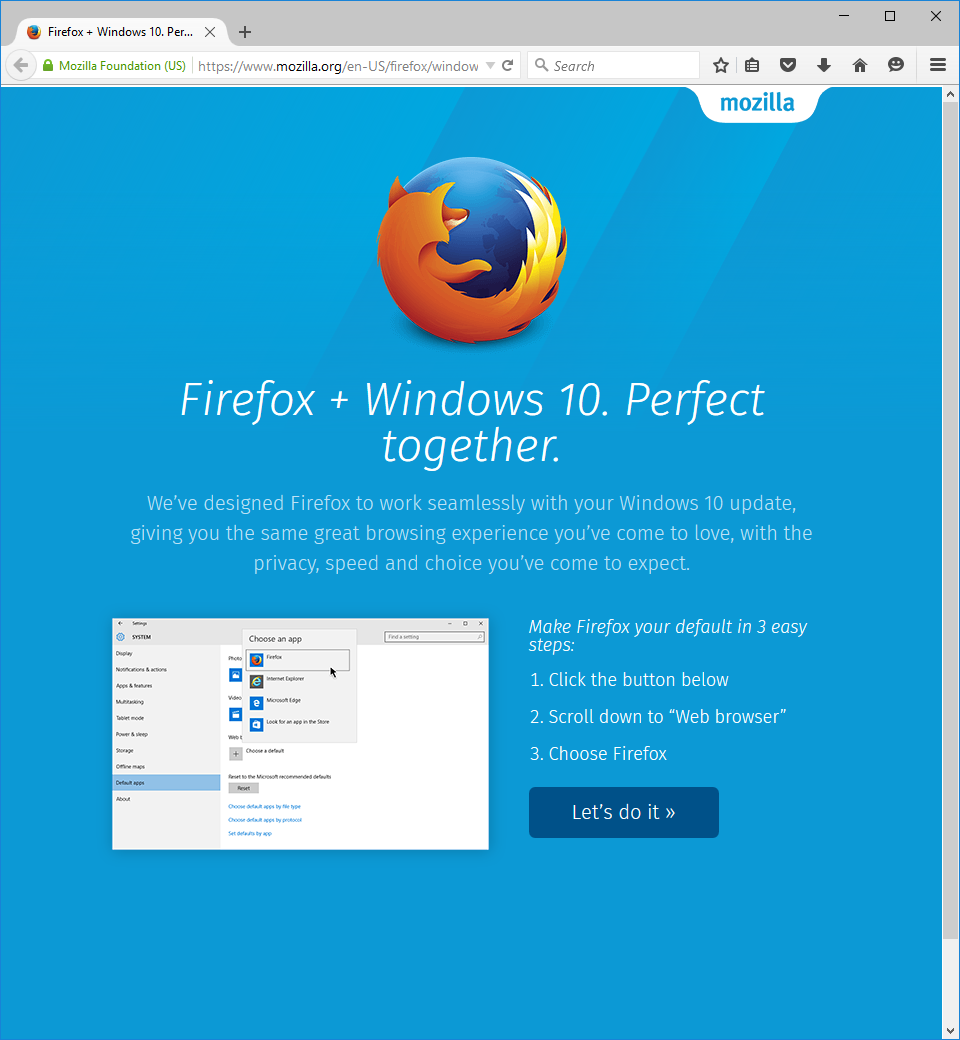 “The design appears familiar because its goal is to provide a smooth transition for Firefox Windows users,” Chad Weiner, director of product management, told VentureBeat last month. “We wanted to make sure that Firefox showed up on Windows 10 as a first-class experience, so we’ve made a lot of subtle tweaks to the look and feel that both sit well in the Windows 10 context and are definitively Firefox. We’re taking visual cues from style changes appearing in Windows 10, and we’re also reducing the overall browser UI footprint to increase space for viewing the Web.”

The company also took the opportunity to remind Edge users how to make Firefox the default browser in Windows 10. Update: It turns out Mozilla went even further. In the company’s own words:

We tested this, and indeed if you set Firefox 40 as the default browser in Windows 10, searches in Cortana will redirect you to whatever search engine you have as the default: 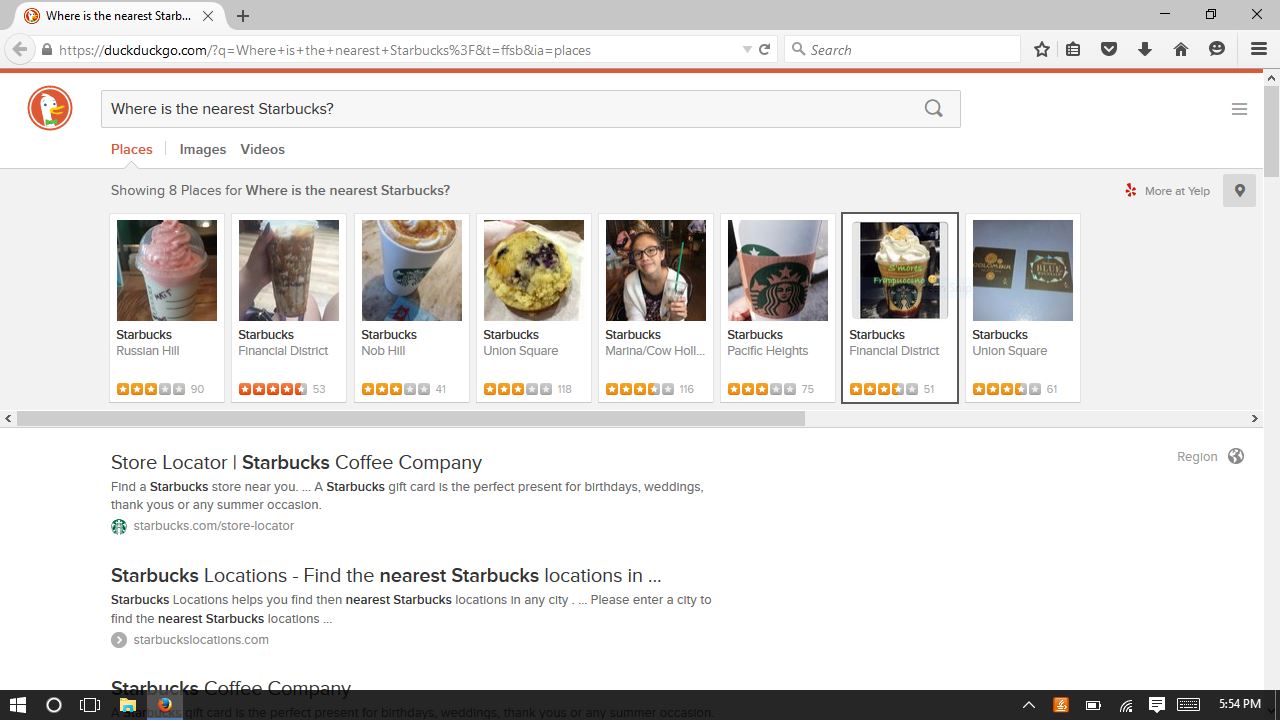 Above: After you make Firefox the default browser in Windows 10, a Cortana query ends up running in the search engine of your choice in the Firefox browser.

This is likely Mozilla’s way of countering Microsoft’s decision to make Edge the default browser when users upgrade to Windows 10. Last week, Mozilla CEO wrote a letter blasting Microsoft for making it harder to keep previous settings when upgrading to Windows 10.

Firefox 40 is also the start of Mozilla’s plan to require that all Firefox add-ons are certified, regardless of where they are hosted — digital signing will be done through addons.mozilla.org. Starting with Firefox 40, the browser warns the user about unsigned add-ons, but doesn’t yet disable them.

Mozilla said it is working with add-on developers to help them meet its security standards. In Firefox 41, extensions that haven’t been certified will be disabled, but the browser will offer a preference that allows signature enforcement to be disabled (xpinstall.signatures.required in about:config). As of Firefox 42, both the beta and release versions of Firefox will not allow unsigned extensions to be installed, and there will be no way to override this.

If you’re a Web developer, more details are available for you here: Trainspotting: Firefox 40 and Firefox 40 for developers.

Firefox 40 for Android isn’t a major release by any stretch. That said, the Android Presentation API is now supported, and JPEG images use less memory when scaled and can be painted faster.

As for new features, you can now long-press on the back and forward navigation buttons to bring up the history list. This is particularly useful if you want to go back or forward more than just one web page at a time.

Mozilla typically releases new Firefox versions every six weeks, and we thus expect Firefox 41 to arrive by end of October.