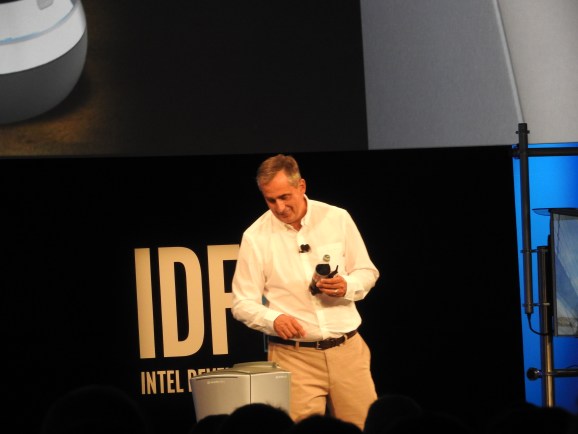 Robot brings a soda to Brian Krzanich, CEO of Intel.

A smart servant robot developed by Savioke delivered a Diet Coke to Intel chief executive Brian Krzanich while he was speaking on stage at the Intel Developer Forum.

The robot navigated the stage using an Intel RealSense camera and delivered the soda. Krzanich said it was an example of the sensification of computing. He said Intel will make a big push to integrate its environment and gesture-sensing camera into numerous robotic devices and the operating systems that support them.

“This is a wide open opportunity for developers,” Krzanich said.