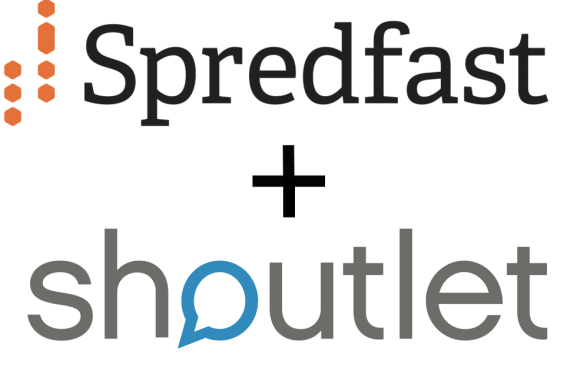 Three years ago the two had similar core offerings, but the two have since prioritized and built different capabilities. As a result, the CEOs of Spredfast and Shoutlet, Rod Favaron and Aaron Everson, told me they saw an opportunity to combine complementary feature sets.

Shoutlet has focused on building features related to social customer identity and connecting social to CRM with its Social Canvas and Social Profiles features.

Spredfast, on the other hand, has focused more on content, planning, and intelligence capabilities, which was emphasized when the company merged with Mass Relevance last April.

Spredfast’s CEO Rod Favaron said, “The space is thinning out,” referring to a dwindling number of social media management players, particularly that serve enterprise customers. A large number of social management platforms have been acquired, including Buddy Media, Vitrue, Involver, Context Optional, Wildfire Interactive, and Expion. Several others have shuttered, like Awareness and Syncapse.

Favaron added, “Buyers are tired of ‘snowflakes’; there have been some unique social media management approaches, but most have melted quickly. Customers need dependability and a broader set of features.”

Spredfast may have fewer competitors now, but those competitors have deeper pockets and broader footprints.

Sprinklr raised its own $46 million series E in April and has made several of its own acquisitions.

Hootsuite raised a massive $165 million in its 2013 series B round, then another $60 million last year. The company also acquired UberVU to bolster its analytics and get in front of a greater number of enterprises.

Favaron said, “We do also deal with the cloud guys,” referring to Salesforce, Oracle, and Adobe, but says that as individual solutions, he doesn’t see their social offerings as major competitors. Shoutlet’s Everson added, “This acquisition means that we will have largest engineering team focused just on social.”